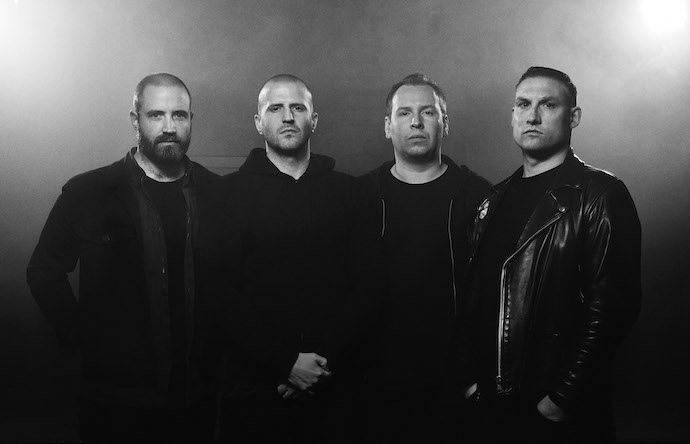 (We present Comrade Aleks‘ extensive interview of Chris Naughton from the UK band Atavist, whose new album III: Absolution was released in June by Candlelight Records.)

Sometimes they come back… Manchester-based Atavist was put on hold twelve years ago and almost by accident I learned that the band had reunited in almost its original line-up: Chris Naughton (guitars), Toby Bradshaw (vocals), Shane Ryan (bass) and Callum Cox (drums) who joined Atavist in 2006, soon after the recording of their debut self-titled album. They didn’t waste the time that elapsed in that long break between their 2008 split Infernal Procession… And Then Everything Dies and their new full-length work, III: Absolution but were instead playing in different extreme metal bands and honing their skills.

Released by Candlelight Records earlier this summer, III: Absolution represents Atavist at their peak, with the band bringing deep, devastating, and uncompromised doom-death battle in its slower and minimalistic form. They pay attention to arrangements and very rare decorative elements like cello or some samples, but overall it’s cold and bleak (in the good sense of the words) doom-death. We got in contact with Chris Naughton to learn more about Atavist’s return. END_OF_DOCUMENT_TOKEN_TO_BE_REPLACED