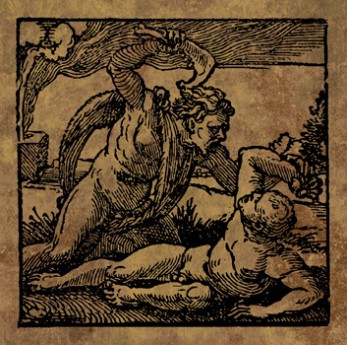 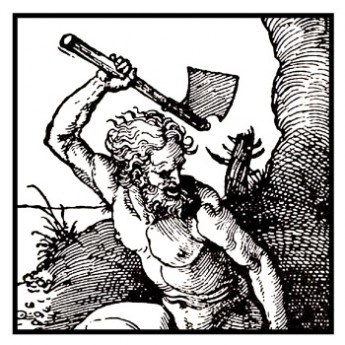 This started as one long post collecting new stuff from three bands that I saw and heard yesterday, the common theme being what they will do to your head. Part 1 started in Germany, with Beyond. In Part 2 we jumped to Finland for a visit with Altars of Destruction. And in this finale, we’re taking the boom tube to Eugene, Oregon for some head-smashing by . . .

I discovered Banewreaker because certain members of Arkhum, another Eugene band I’ve been high on for a long time, contributed to a new Banewreaker song that appeared on Bandcamp yesterday. Specifically, Kenneth Parker did the vocals and Arkhum bassist Nate Kelly added guitar parts. In addition, Arkhum guitarist Stephen Parker produced the new song — which is called “Masterful Wroth”.

I’m not certain whether the line-up that recorded the song, which also includes drummer Aidan Leger-Jeffrey and lead guitarist Josh Vincent, is Banewreaker, or whether Banewreaker is normally Josh Vincent’s solo project — because the Bandcamp page includes a demo instrumental track by Vincent alone. I’ll figure this out, but for now I just want to strongly recommend that you listen to both of these tracks. END_OF_DOCUMENT_TOKEN_TO_BE_REPLACED