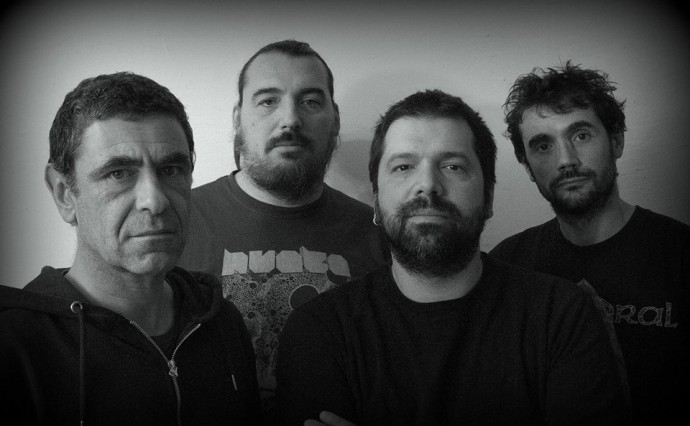 (Comrade Aleks returns to our site with an engaging interview of the frontman for Barabbas.)

French Barabbas appeared on the European doom-scene in 2011 with a self-titled album, and its killer song “Barabbas” was also included in a Doom Metal Front compilation, so you may already know them. Three years have passed, and Barabbas return with great new tunes! Messe pour un chien shows the band’s evident progress as they go further from traditional doom and stoner tunes to something more massive and mobile.

The new songs are really catchy, they demonstrate all the best of Barrabas’ musical experience, and they have mordant and ironical lyrics — that’s something new for the somber doom scene, but it’s ok for the congregation of Four Saints of Barabbas. The band’s frontman Saint Rodolphe is here to spread a Word, yet not to preach. END_OF_DOCUMENT_TOKEN_TO_BE_REPLACED 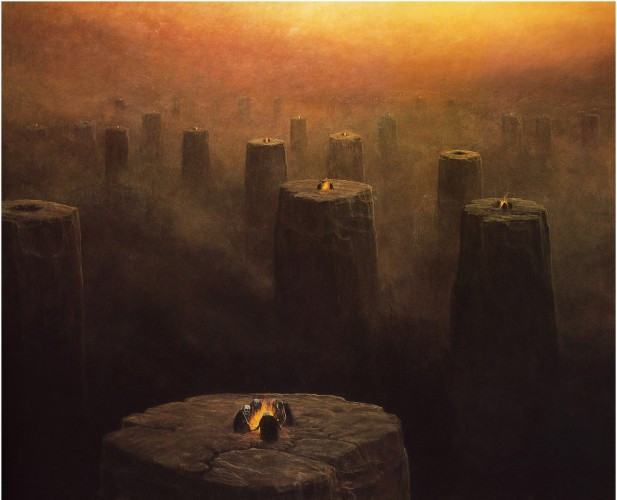 And as I’ve mentioned above — tonight we’re summoned for a divine cause! END_OF_DOCUMENT_TOKEN_TO_BE_REPLACED 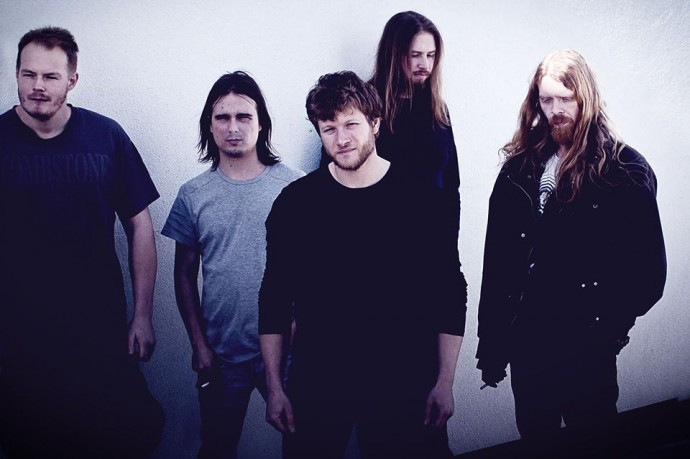 (Today our Russian contributor Comrade Aleks brings us Part 3 of a six-part series in which he puts the same five questions to doom bands from around the world, and introduces us to their music at the same time.)

Sometimes I use this unpopular “quiz” format because there are too many interesting bands that I would like to bring to light, and in my opinion it’s a good way to spread some news and to get new points of view on a few issues (including even some political questions). The list of questions I put to the bands is below:

1. What is the band’s latest news and what are your plans for the near future?

2. What do we get (in the broadest sense) from the release of your last album?

3. What is the best response that your band has ever received?

4. What role does the church (or any other religious organization) play in your life or (let’s take it wider) in the life of the heavy scene? Is there any spiritual, religious, or antireligious component in your songs?

5. What does the Media in your country tell about the situation in Ukraine? And how do you see that situation? Some people from other countries have asked me strange questions about Russia’s policy, and let me say that I have a few friends in Ukraine and my colleagues have relatives there, and believe me, there’s no media in ANY country that is showing the problem as it really is. We can watch as the Cold War turns into real warfare.