In February of this year we had the pleasure of premiering a song (“From the Abyss”) from the then-forthcoming second album by a London-based band named Beautality. The album’s name is Einfallen: A Tale Ov Torment & Triumph, and today we bring you the premiere of an official video for the album’s striking title track, “Einfallen“.

The video was directed, filmed, and edited by Dan Giannopoulos in his guise as Italian horror maestro Dario Pimento, and it includes excerpts from such horror films as The Satanic Rites of Dracula, Profundo Rosso, and Horror Express, along with appearances by Beautality’s mastermind David Ravengarde and Suzy Griffiths (aka Suzy Nola). The video is really a 14-minute short film that, in the director’s words, is “a nightmarish and visceral vision of lust, insanity and redemption”, telling the “brutal story of a love that goes too far”, “a love that takes a man to the very pit of hell”. END_OF_DOCUMENT_TOKEN_TO_BE_REPLACED 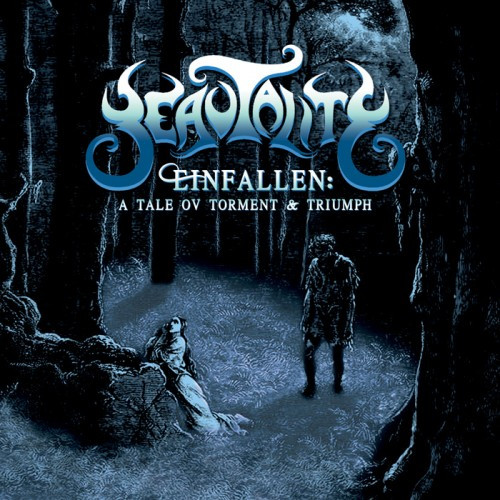 There’s nothing wrong with metal that wholly honors the purity of the particular sub-genre in which it dwells, whether it be black metal, death metal, thrash, or something else. But there’s still something particularly intriguing about bands who branch outside the traditional confines of individual genres and attempt  to integrate a variety of musical influences, creating sounds that can’t be classified with any well-defined purist labels. That’s what the London-based band Beautality have done on their new album Einfallen: A Tale Ov Torment & Triumph.

Even the band’s name signals their intent to dissolve genre boundaries and express ideas through a hybrid of moods, atmospheres, and styles, and that mission is reflected in the songs they’ve created. In this post we bring you the premiere of one of the new album’s tracks — an epic-length work entitled “From the Abyss” — which follows previous premieres at Metal Hammer and Invisible Oranges. END_OF_DOCUMENT_TOKEN_TO_BE_REPLACED