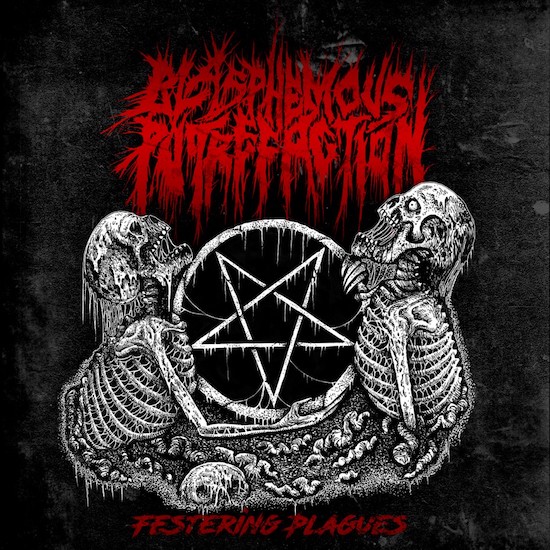 You see, this EP was first released on cassette tape (by Death In Pieces) back in 2019. It was this German duo’s second release, following the Abominable Premonition demo two years earlier, and we greedily premiered a song from the EP named “Grief” shortly before the release.

Since then Blasphemous Putrefaction have released a debut album — 2020’s Prelude to Perversion — via Dunkelheit Produktionen. And that album made such a fabulously disgusting impact that it’s no wonder someone decided to reissue Festering Plagues, which is what the Crawling Chaos label will do on October 28th, capturing the EP in a CD edition for the first time.

So, strictly speaking, the song we’re presenting today isn’t a premiere, but more like a re-introduction, though it’s highly likely it will indeed be a first-listen for many of you. END_OF_DOCUMENT_TOKEN_TO_BE_REPLACED 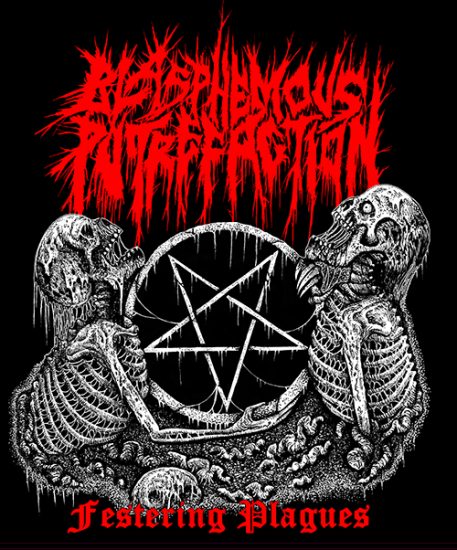 The German duo Blasphemous Putrefaction staked their place in the post-apocalyptic wasteland of underground death metal when they chose their name. Through their long-sold-out debut demo tape, 2017’s Abominable Premonition, and now the new EP which includes the song we’re premiering today, they’ve devoted their diabolical talents to the unapologetic creation of foul and festering musical horror — the skull-fracturing sounds of cruelty and the mind-mangling transmission of deviancy and derangement, devoid of hope (and not caring much for melody either), but capable of sending jolts of adrenaline through a listener’s bloodstream.

This new three-track EP of primitive, rotten death metal is appropriately entitled Festering Plagues, and it will be jointly released on tape by Death In Pieces Records and Macabre End Productions in early October. We’ll present a written preview of all three tracks, including the one we’re presenting, but won’t be offended if you just dive straight-away into the swirling cesspool of foul and fetid sensations via the stream of “Grief” below. END_OF_DOCUMENT_TOKEN_TO_BE_REPLACED 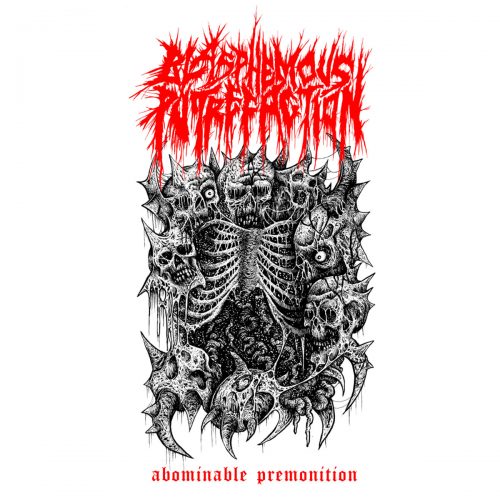 In what other genre of music besides death metal are adjectives like “noxious”, “rotten”, “pustulent”, and “grotesque” used as compliments? Give that some thought and get back to me; I can’t think of any.

I’m also not sure I could explain to a clueless outlander why the kind of death metal that evokes those descriptions is so appealing to many of us. If your answer is, “Because you’re all deviants,” you’ve probably come to the wrong place for your listening pleasures.

All those adjectives, and more in a similar vein, apply without exaggeration to the demo by Blasphemous Putrefaction we’re premiering today, one day before its release by Dunkelheit Produktionen. This German duo (which includes a member of the black/death band Goatblood) unabashedly traffic in primitive, rotten metal of death, and having chosen to throw themselves into that cesspool of horrifying filth, they go all in — and they’re very damned good at it. END_OF_DOCUMENT_TOKEN_TO_BE_REPLACED 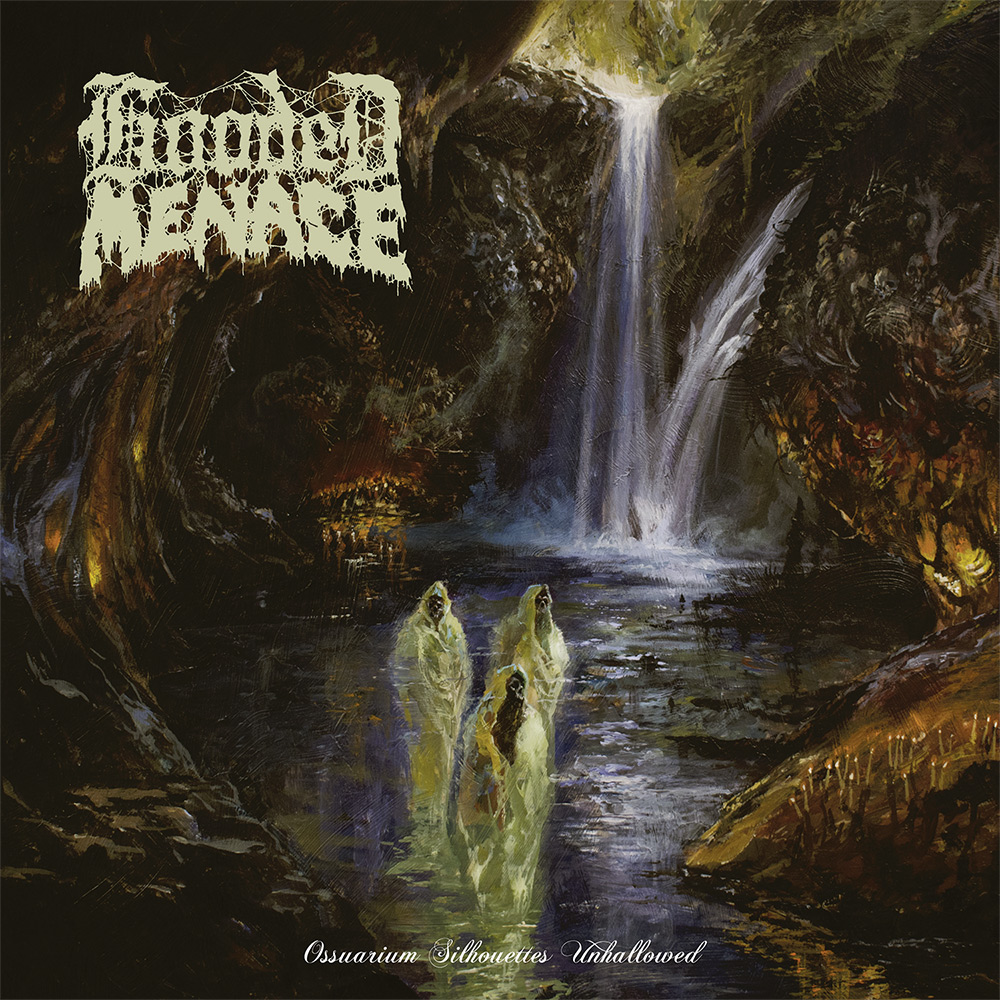 Happy Friday. And if you actually happen to be happy because it’s Friday, instead of boiling with rage because you’ve just endured four-plus days of bullshit, you may not relish the music you’re about to hear. On the other hand, maybe your preferred means of matching your happiness (or your rage) to music involves abrading your ear drums, losing your mind, and mercilessly kicking open the spigot on your adrenaline glands. In which case, brothers and sisters, you’re right where you need to be — right here.

This is Part 2 of a round-up I began yesterday (here). And even though I didn’t finish this in time to post it yesterday, it’s exactly what I intended to post then. In other words, I decided to close my ears to the flood of other new songs that surfaced between then and now. There’s always time to catch up with that on Saturday, though I have a bad tendency to wound myself with intoxicants on Friday nights, so I ain’t promising nothing.

The fifth Hooded Menace album will arrive on January 26 via Season of Mist, with the title Ossuarium Silhouettes Unhallowed and cover art by Adam Burke, who continues to kill everything this year. The first advance track, “Carnal Reflections“, debuted at DECIBEL two days ago. Or was it three? END_OF_DOCUMENT_TOKEN_TO_BE_REPLACED