(About 14 months ago Neill Jameson began a series for our site in which he recommended music in the vein of dark and negative hardcore. We posted a second installment in the series a few months later (here), and after that Neill compiled other lists of recommendations in different genres, including black metal. You can find all of these previous lists via this link. Now we’re fortunate to have Neill back with us for a third collection of negative hardcore.)

A year or so ago I started with the project of forcing my tastes unto others through these lists and in the spirit of having two ouroboros tattoos I figured I’d circle back to the first subject, which was dark and negative hardcore. I’m fitting one extra in from my usual format because I think this will probably conclude this genre, at least for the moment. So with that fascinating introduction let’s just jump into it. END_OF_DOCUMENT_TOKEN_TO_BE_REPLACED 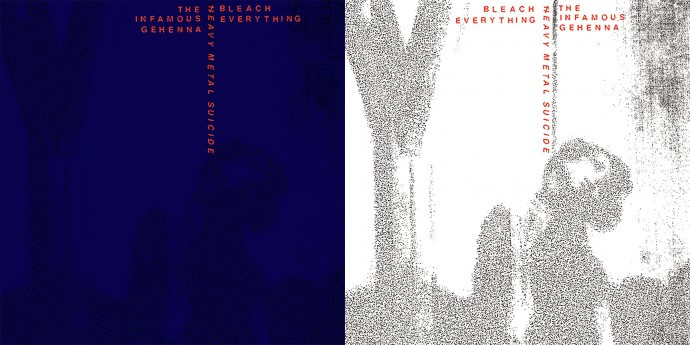 Gehenna contributes two tracks that prove again the truth of the label “Negative Hardcore” that’s been attached to their music for more than two decades, while Bleach Everything launch three short, sharp shocks to your well-being. For readers who may be new to one or both bands, read on… or just jump to the player below for a vicious, gut-punching, head-battering experience. END_OF_DOCUMENT_TOKEN_TO_BE_REPLACED