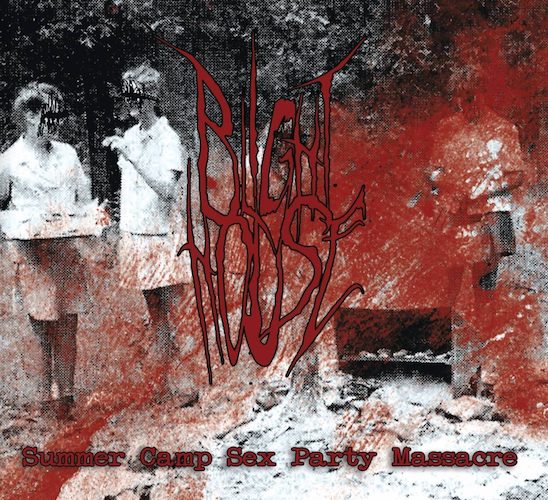 There must be swamps in Southern Rhode Island, where these two live. I wouldn’t know. Maybe it was only the basement where F.O. Gorey was quarantined with a fever in 2014 that was swampy. We’re told that when the fever broke after days of misery, spasmodic riffs recorded in bouts of febrile dementia were left behind, and the fractured, worm-riddled foundations of Blight House had been laid, the cracked edifice thereafter completed with F.L. Blight’s assistance.

They self-released a self-titled EP of nasty, grinding death metal, but that didn’t purge the festering freakishness to which they’d given free reign. And so now there’s a new Blight House album, Summer Camp Sex Party Massacre, which will be released by Nefarious Industries on Friday, August 3rd. For fear of what might happen to us if we said no, we agreed to premiere a song from it named “Immaculate Rejection“. END_OF_DOCUMENT_TOKEN_TO_BE_REPLACED