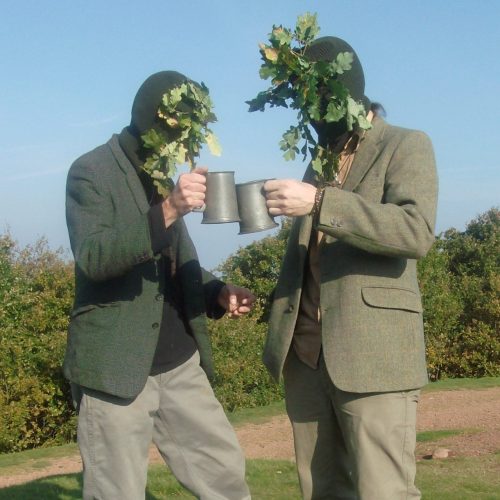 (Comrade Aleks returns to NCS with a new interview, and this time his conversation partner is Sceot Acwealde of the fascinating British band Bretwaldas Of Heathen Doom.)

Bretwaldas Of Heathen Doom (England) has acted as a duet since 2001. Dagfari Wartooth performs bass and vocals, and Sceot Acwealde does drums, guitars and vocals as well. Blackened war pagan doom metal with a straight-in-your-face delivery – once that would have summed up their legacy, though the band’s sound has varied from their first album Droner (2003) ’til Seven Bloodied Ramparts (2010).

Bretwaldas literally disappeared from the radars after that latter release, and only the compilation Bones In The Ground (2015) served as a reminder of their savage legacy. Some time ago I lost hope, stopped watching for the band, and naturally missed their EP Kingdom Of Killers released in May 2020. Well, all of us had a lot of things to care for in May 2020, right? But it’s time to put things right and we’re here to know everything that you wanted to learn about Bretwaldas Of Heathen Doom but were afraid to ask! END_OF_DOCUMENT_TOKEN_TO_BE_REPLACED