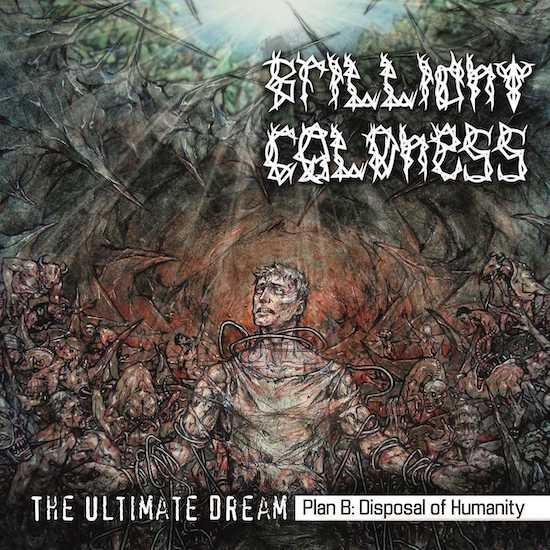 The inception of the Ukrainian technical death metal band Brilliant Coldness traces back to 1998, although their debut album Beyond Eternity didn’t emerge until 2003. Dead Center Productions released that first full-length, a long 18 years ago. Three years later, the band independently released a second full-length, Poisoned Reality, which was then released by the Dutch label Apollon Records in 2009. But after that second album a long period of silence ensued. Now that silence is being broken.

Dead Center Productions and Brilliant Coldness have re-united for the band’s third album, The Ultimate Dream. Plan B: Disposal Of Humanity, which is set for release on July 30th. Not surprisingly, the line-up that recorded it featured some new members, but still includes founding bassist Mor and founding  guitarist Angel.

Brilliant Coldness characterize the new music as “academic death metal”. They ask you to imagine Niccolò Paganini performing extreme metal, “the music played at the limit of physical abilities”. They say further: “It’s a powerful energetic flow of minds and feelings; a journey to the world of magic and wizardry of the human mind’s endless abilities!” As an illustration of what the band are talking about we have for you  today a premiere stream of one of the new songs, “Technogenic Illusion“. END_OF_DOCUMENT_TOKEN_TO_BE_REPLACED