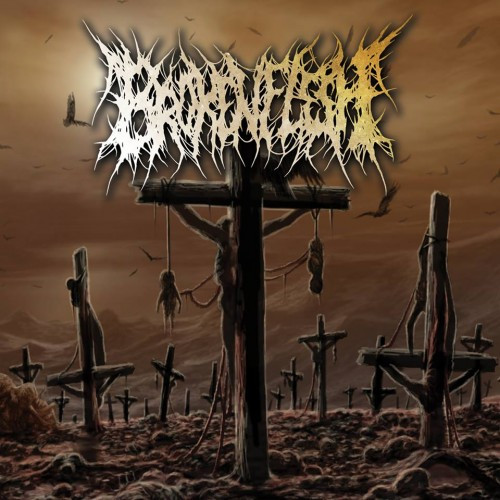 (Grant Skelton presents his review of the new album by Broken Flesh — along with our premiere of a full-album stream.)

Broken Flesh formed in 2004 in Oklahoma City, Oklahoma. They released their first album Forever In Flames in 2009 on black metal label Sullen Records (now defunct). On Forever In Flames, the band performed as a three-piece with Kevin Tubby handling guitar and vocals, additional guitar by Steve Maxwell, and Brandon Lopez on drums. Forging a strong DIY ethic, Broken Flesh followed up that album with an independent EP called Stripped, Stabbed and Crucified in 2012. The EP was the band’s only release to feature Ricky Puckett on vocals. Jacob Mathes took over as the band’s bassist and backup vocalist.

Over the next year, the band adjusted their lineup, honing their sound and perfecting their craft. While guitarist Kevin Tubby and drummer Brandon Lopez remained constant, Jacob took over lead vocals, with Joshua Mathes stepping in on bass. The musical seeds they began to sew on Stripped, Stabbed and Crucified manifested in 2013. That year, the band birthed Warbound. Their evolution was complete. In the span of only one year, Broken Flesh’s songwriting metamorphosed into a repulsive death metal scourge devoid of mercy… a wanton and sadistic lash with which to flagellate their listeners and fans.

Warbound saw Broken Flesh ascend from sepulchral obscurity. After its release, they played a hometown show with Rockstar Energy’s Mayhem Festival and Mexico’s Exodo Fest. In 2014, the band gave live audiences the pleasure of hearing new material written after Warbound. Broken Flesh attracted the attention of Luxor Records, and Luxor re-released Warbound in January. The new album was produced by Nick Morris of As They Sleep (who also have new material in the pipeline). The track “Hell” features a guest solo from Morris.

Now, No Clean Singing is proud to offer an exclusive stream of Broken Flesh’s new self-titled album in advance of its September 4 release date. END_OF_DOCUMENT_TOKEN_TO_BE_REPLACED 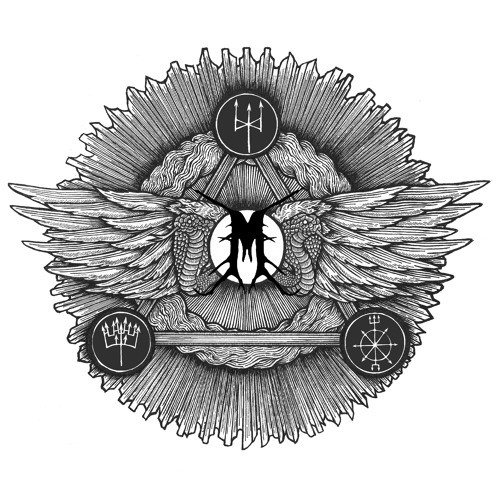 Here are some questions for you:  Do you enjoy writhing black metal extremity, with riffs that swarm with reptilian menace and hammer powerfully at the gates of doom? Does your pulse quicken at the sound of a drummer who rocks out as well as he blasts with mechanistic precision? Do you relish bestial growls that come straight for your throat with teeth bared? Do you search for black metal songs that get stuck in your head as well as generating an atmosphere of infernal menace, befitting the rising of a vengeful sun that emanates death? END_OF_DOCUMENT_TOKEN_TO_BE_REPLACED