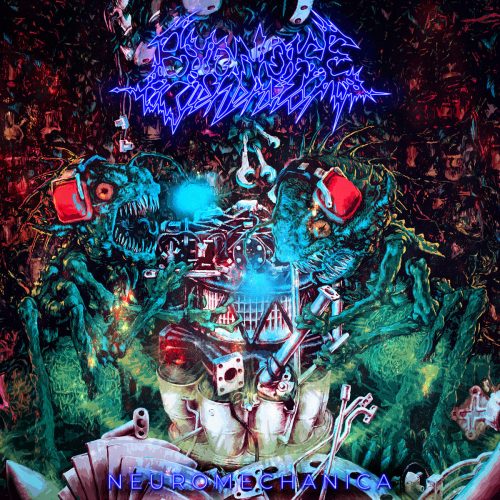 (Vonlughlio reviews the new album by the Russian death metal band ByoNoiseGenerator, who combine brutal death metal, grind… and jazz. The album will be released on September 20 by Reality Fade Records.)

ByoNoiseGenerator from Perm, Russia, are one of the most forward-thinking brutal death metal bands at the moment, because of their unusual willingness to incorporate new elements into their sound.

They broke out back in 2015 with the release of their debut, Turbulent Biogenesis (available here), to which my immediate reaction was the following: “Really??? What the fuck????”. Of course I listened to that release five times in a row, which was not an imposing challenge because it’s only about 14 minutes long. Listening to a saxophone in this kind of music was just mindblowing, because to be honest I had bought the CD and did not know what to expect.

In fact, one thing that I regret was not including this release in my top albums from that year. To be able to mix BDM, grind, and jazz elements in elaborate yet short songs, and make it work, is not an easy task. END_OF_DOCUMENT_TOKEN_TO_BE_REPLACED