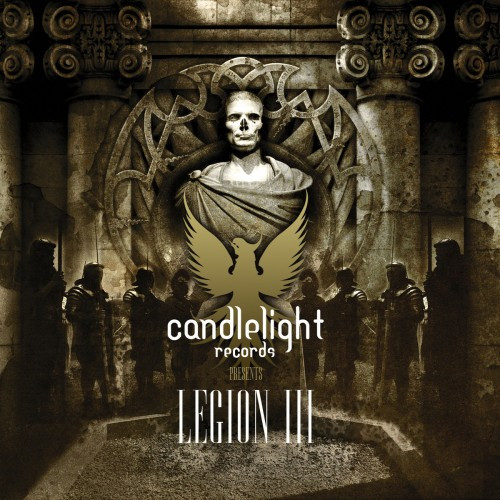 Periodically the London-based Candlelight Records releases a sampler of music from the label’s artists, and within the last day or two they did it again. This new compilation is named Legion III and it includes 27 tracks by a long list of bands with a wide variety of musical styles. I’m familiar with most (though not all) of the bands, and the ones I know of are very good.

I usually mention new comps on this site when they’re free — and of course when they include music by bands I like. In this case, the comp costs $4.99 (or £2.99), but I thought the array of music was so good that it was worth spreading the word anyway. Also, that’s a pretty cheap price for the quality of music included here. Speaking of which, this isn’t simply a repackaging of previously released tracks — it also includes live cuts and demos that until now haven’t been made available for purchase.

Rather than try to pick out a few names to highlight what’s to be found on the sampler, I’ll just post the entire list: END_OF_DOCUMENT_TOKEN_TO_BE_REPLACED