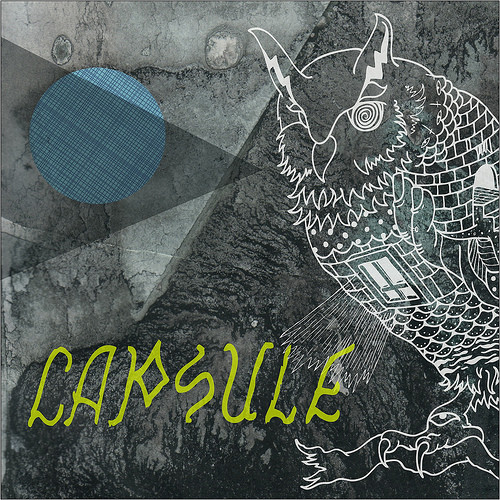 Man, time do fly. Last July we discovered a head-spinning South Florida metal band called Capsule. At that time, they had only released one album (not counting a previous demo) called Blue. We reviewed that unpredictable but always crushing album here. Jump ahead to the here and now, and Capsule have released a second album called No Ghost on Rohrschach Records.

On top of that, Capsule scored an exclusive album stream on DECIBEL magazine’s web site. To borrow from the DECIBEL intro: “To loosely quote Ice Cube, today is a good day. The Deciblog is proud to be the only site on the Internut streaming the new album from Miami, FL, hardcore melody makers Capsule. No Ghost is a deliciously dizzying slice of adrenalized pogo-ready jams. It gives you the illusion that your brain is expanding in your skull, making you feel momentarily wiser than you actually are. We have no qualms with that.”

I would have no qualms about that either, except my brain started out so small that it would take a shitload of expanding to bring it up to human-normal size. So, although I don’t feel wiser listening to No Ghost, the music did cause me to slam around the room like a pinball and bust up all the furniture. That counts for something, right?

We think DECIBEL has hogged the album stream long enough, so we’re putting it up on our site, too. Plus, we’ve got more good news: Capsule is on the road as we speak. In fact, if you happen to live in Seattle, you can catch their show tonight at The Black Lodge. After the jump, we’ve got the rest of the remaining tour dates and places, plus that album stream. Check that shit out. END_OF_DOCUMENT_TOKEN_TO_BE_REPLACED 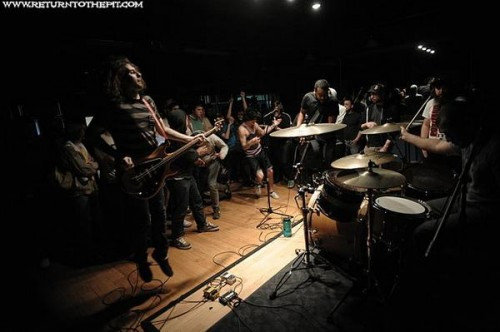 Because we’re such big fans of Into the Moat, we decided to check out Capsule’s music, just to see what attracted Gossman (apart from the fact that the other dudes in the band are old friends). And when we did that, we had one of those “holy shit!” moments — you know, the kind that make us start gurgling out one of these posts.  (more after the jump . . .) END_OF_DOCUMENT_TOKEN_TO_BE_REPLACED