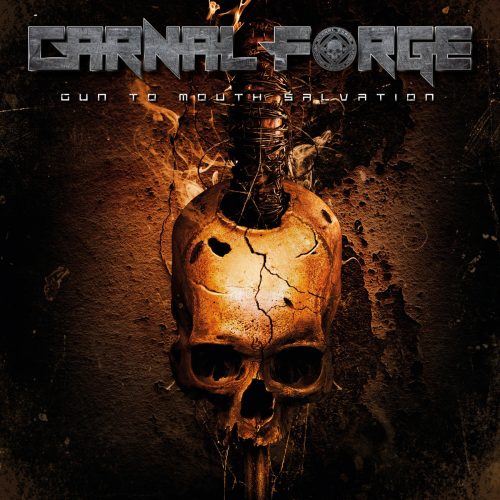 (Here’s DGR’s review of the new album by Swedish death-thrashers Carnal Forge, which was released in January of this year by ViciSolum Productions.)

There exists a strange compulsion when it comes to review-writing on this end that has often run counter to how the clear majority of reviews are conducted, which usually focus on the most recent collection of up-coming releases. That approach makes sense, as people are often looking for information on albums right around release time, and afterward the discussion moves on to the more fan-driven “what works for me and what doesn’t” style of discussion. However — and you might have noticed this referenced in the recent write-ups by Andy — late discoveries often wind up backlogged in a weird purgatory state of “maybe I’ll write about this”… in between various games of keeping up with the most recent stuff coming out.

Albums left behind can tend to claw at the back of the mind, though. We find ourselves wanting to talk about some discoveries, regardless of release date. Maybe it will give the band a boost back into the public consciousness, however briefly; maybe it’s just to ease that weird guilt of “I’ve been enjoying this since I was introduced to it, yet have said nothing”; and maybe it’s just that the passage of time helps with the congealing of thoughts. Being able to step away from something only to come back later and see what really stuck with you is a wonderful thing, as hindsight can serve as an excellent guide on how to write about a disc.

Long story short, this is a roundabout way of saying, “Hey, remember the end of January? Feels like an eternity ago doesn’t it? Well I’ve been enjoying a disc by the reactivated Carnal Forge that came out around that time and want to talk about it.” END_OF_DOCUMENT_TOKEN_TO_BE_REPLACED