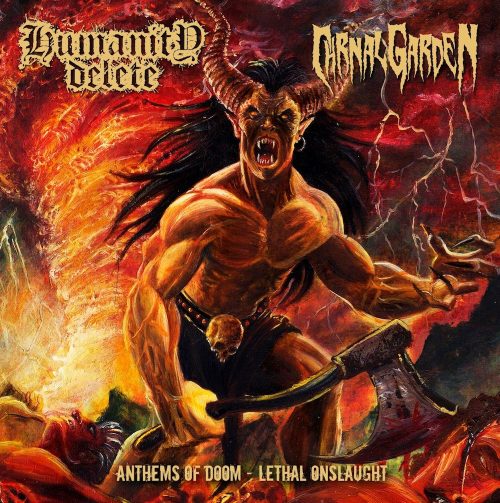 The opportunity to highlight a new release by any of Rogga Johansson’s many projects is always a sadistic joy for us, and today’s premiere is no exception. This particular project first began to coalesce in about 2003 when Humanity Delete recorded a demo (which was never released), but didn’t spring forth into the public’s consciousness until 2012, when the Never Ending Nightmares full-length made its debut. Four years later Humanity Delete discharged a second middle finger of an album, Fuck Forever Off. And now we have four new songs, with Humanity Delete’s side of this split entitled Anthems of Doom. END_OF_DOCUMENT_TOKEN_TO_BE_REPLACED