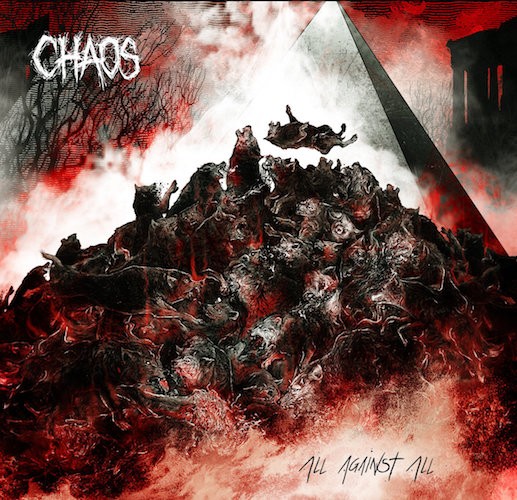 Now THAT is a hell of an album cover, a vivid and vicious visual imagining of the ideas that come to mind when you read the band’s name — Chaos — and the album’s title, All Against All. And as it turns out, that rendition of a mountainous horde of wolves turning on each other in a lethal frenzy is a fine match for the music as well.

All Against All is the second album by the Indian thrash band Chaos, which is set for release on June 15th. From that album we bring you the premiere of a track named “Indoctrination“, and it’s such a explosive adrenaline rush that unless you’ve recently fallen into a comatose state it will make you feel like you’ve suddenly materialized in the midst of that wolven wildness on the cover. END_OF_DOCUMENT_TOKEN_TO_BE_REPLACED