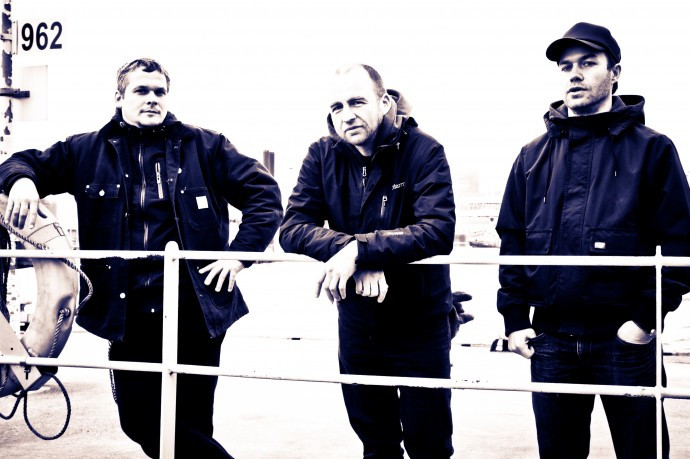 (In this post we present Comrade Aleks’ interview with Christian Herzog, guitarist for the German band Shakhtyor.)

That ugly and bulky name Shakhtyor means “Miner” in Russian, but this instrumental post-doom/sludge band is from Germany. The reason for picking such a strange name is that one of this power trio’s members, Christian Herzog (guitars) studied in Saint-Petersburg for a few long months in the ’90s. Shakhtyor released their first self-titled album in 2012, and this record, along with the band’s powerful gigs attracted enough attention to the band that their second work Tunguska (named after the geographical location in Russia where a strange phenomenon, probably the fall of a meteor, took place in 1908) was released by Cyclone Empire both on vinyl and on CD on the 24th of April, 2015.

We discussed Shakhtyor’s new album and the Tunguska event with Chris just a few days ago.

Hail Chris! How are you? What has SHAKHTYOR done since the release of your debut self-titled album in 2012?

Hi Aleks, I am pretty well, thanks. Actually, we did what most bands do. We played a bunch of shows and recorded a new album. However, it took longer than expected. We had already started recording stuff for a second album in early 2013 but then we did not get any further with it. So we decided to play fewer shows in 2014 to write new songs and finally made it to the studio in November. END_OF_DOCUMENT_TOKEN_TO_BE_REPLACED