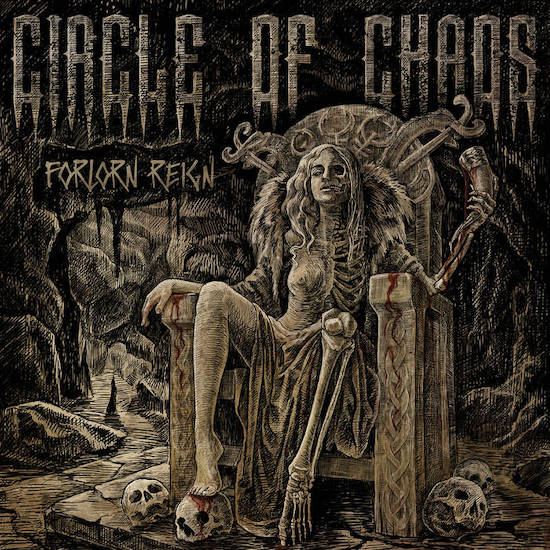 On April 22nd Satanath Records (Georgia) and The Ritual Productions (Netherlands) will co-release Forlorn Reign, the third album by the Swedish death metal band Circle of Chaos. It comes a long eight years after the band’s second full-length, and represents the work of a changed line-up in pursuit of a new musical direction for the band, one that’s more extreme and aggressive and brings elements of black and thrash metal into the mix.

As a prime example of what the new album holds for listeners, we present the band’s official music video for a venomous, vicious, and preternatural track named “Purgatory“. END_OF_DOCUMENT_TOKEN_TO_BE_REPLACED