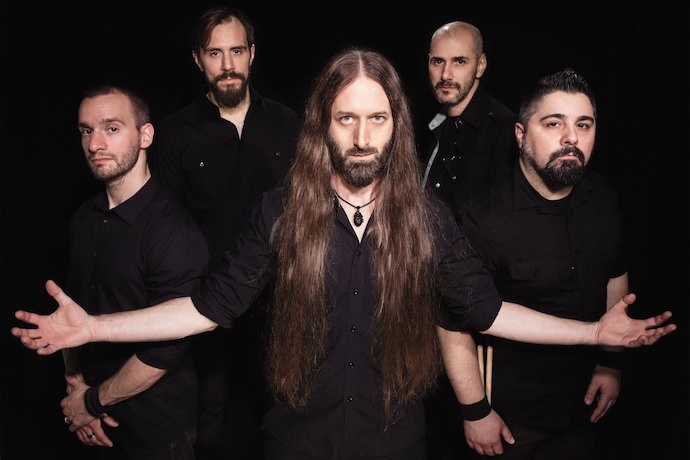 (This new interview by Comrade Aleks takes us through an extended discussion with vocalist/lyricist Clode Tethra and guitarist Federico Monti , members of the Italian death-doom band Tethra, whose new album will soon be released by Black Lion Records.)

Tethra are a death doom band from Italian Novara, Tethra spend their twelfth year on the scene, and there are two full-lengths plus one EP in itheir discography. Oh, correction – their third album Empire Of The Void is planned to be released by Black Lion Records on the 20th of March.

The album sounds both familiar and refreshingly new. Familiar because it radiates that warm melancholic vibe of classic mid-tempo melodic doom death. Refreshing because of its potent sound and its richness. It’s interesting how Tethra survive – and not just survive but succeed, as the only original member is Clode Tethra, who has provided both deep growling vocals and amazing clean singing in the band since 2008. Other members are relatively new, including guitarist Federico Monti who just left the thrash death band Total Death in order to join Tethra in 2017. Clode and Federico tell Tethra’s story tonight. END_OF_DOCUMENT_TOKEN_TO_BE_REPLACED