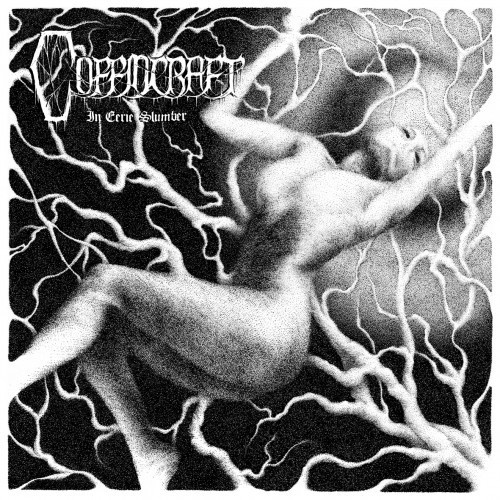 Alexander L. Brown’s cover art for the debut album by Finland’s Coffincraft will ensure that it gets noticed. But although eye-catching album art doesn’t always go hand-in-hand with ear-pleasing music, it certainly does in the case of In Eerie Slumber. And by “ear-pleasing”, I mean “skull-cleaving savagery”. If you doubt my word, dive into the song we’re about to premiere from the album — “Impious Spawn“.

In Eerie Slumber follows two previous EPs released by the band, 2010’s Bestial Conclusions and Shockwave of Truth from 2012. As before, Coffincraft channel the undead spirit of original Swedish and Finnish death metal from the early-to-mid ’90s, with a tip of the hat to bands like Bolt Thrower and Carcass as well. But the new album reflects an even more powerful mastery of the sound and style, and an approach to song-writing and execution that makes it sound vibrantly alive — and lethally evil. END_OF_DOCUMENT_TOKEN_TO_BE_REPLACED