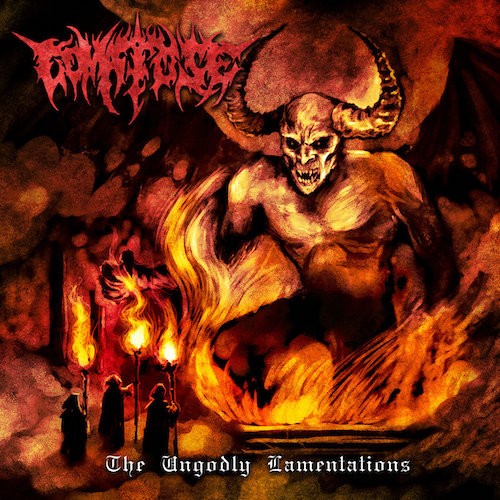 The Ungodly Lamentations is the second album from the Philippine death metal band Comatose, who first came together in 2003 in Cebu City. Their debut album, The Ultimate Revenge, was originally recorded in 2011 and later released in 2015 by Satanath Records and Darzamadicus Records, a year that also saw the release of the band’s Thy Mighty Conquest demo.

This second album is the work of a new line-up in which (among other changes) founder LD “Bellz” Lee has become the vocalist as well as a guitarist, joined by guitarist Milojan Mondejar, bassist Surge Inso (Black Mantra) and drummer Kyndall Cesar (Astarus).

And now that we have those details out of the way, let’s get murdered by “Forever Reign Supreme”. END_OF_DOCUMENT_TOKEN_TO_BE_REPLACED