Today we welcome a new contributor to NCS who goes by the name Jet. She has been a DJ and administrator at Metal Messiah Radio as well as staff interviewer for Sick Drummer Magazine and ViaOmega Magazine. Today she has brought us an interview of multi-instrumentalist Scorpios Androctonus, the founder of the black metal band Crimson Moon which has been located in Germany since 1998. The band’s latest album, Mors Vincit Omnia, was released last year by Debemur Morti Productions. END_OF_DOCUMENT_TOKEN_TO_BE_REPLACED 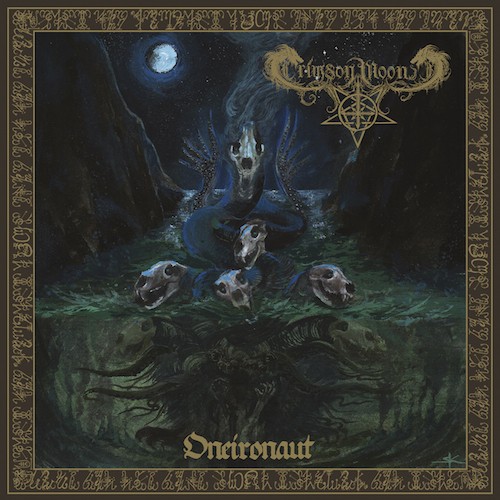 Oneironaut is the new album by Crimson Moon, this project’s first full-length in more than a decade and only the third since its inception in 1994. The album is an imposing, hour-long work, with five of its six tracks exceeding 8 minutes in length, including the closing title track, which nears the 20-minute mark. But it’s also one of the most captivating, most multifaceted, and most compelling black metal albums you’ll encounter this year, even as it comes when 2016 is about to gasp its last breaths.

Oneironaut is being released today by W.T.C. Productions, and to help spread the word of its advent, we have a full album stream for you. END_OF_DOCUMENT_TOKEN_TO_BE_REPLACED