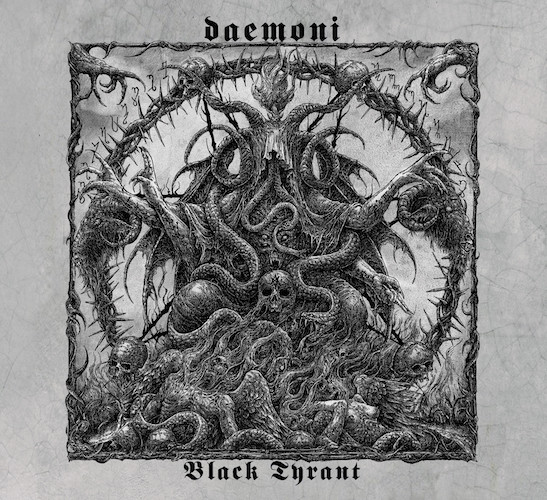 A long eight years have passed since the Colombian black metal band Daemoni released their debut album Stillborn Redeemer. They have not been idle in that time, having performed in Colombia in support of such bands as Mayhem, Suffocation, Dark Funeral, Krisiun, and Vader, among others, and having made their first European appearance with a show in Madrid last year. And they have turned their sinister talents to the creation of new music as well, with those efforts reaching fruition in a new 40-minute album ominously entitled Black Tyrant.

The new album is set for release on June 6th by Goathorned Productions, and today we present the second advance track to be revealed from the album, “Abstersion’s Rite“, which manages to be both blood-boiling and blood-freezing at the same time. END_OF_DOCUMENT_TOKEN_TO_BE_REPLACED