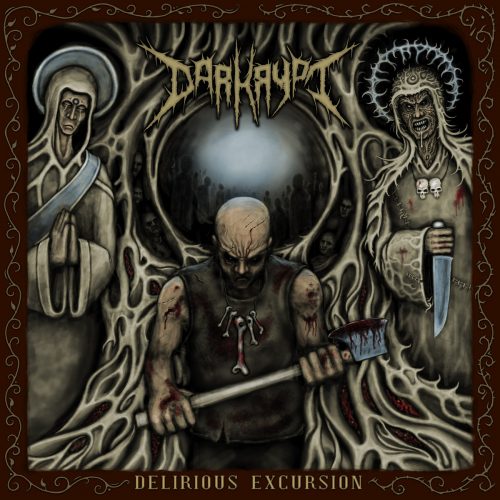 Darkrypt are a death metal quartet from Mumbai, India, whose debut album Delirious Excursion is set for release on October 15 by Transcending Obscurity India. An impressive array of extreme metal luminaries have applied their talents to the album: Rogga Johansson makes a guest vocal appearance (as does Nitin Rajan of Primitiv); Greg Chandler of Esoteric and Lychgate mixed the album; Dan Swanö mastered it at Unisound Studios; the artwork was created by Turkka G. Rantanen, who has also created covers for the likes of Demilich, Adramelech, Demigod, Paganizer, and many others.

But of course the music must stand or fall primarily on the strength of what Darkrypt themselves have accomplished. As a measure of their accomplishments, we present a song from the album named “Dark Crypt“. END_OF_DOCUMENT_TOKEN_TO_BE_REPLACED