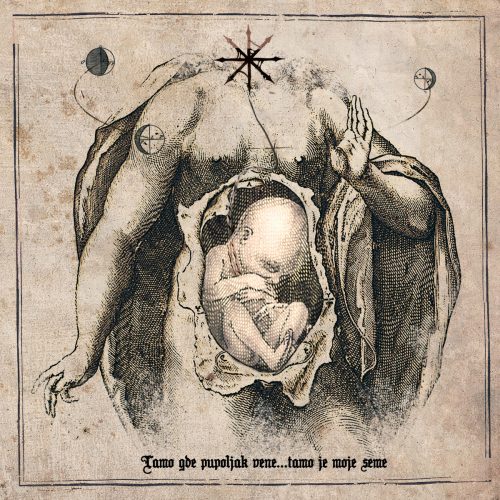 Dead Shell of Universe is a Serbian black metal project spawned more than a decade ago from the mind of V., whose other musical endeavors include All My Sins and Terrörhammer, as well as past participation in many other groups, including Kawir and Triumfall. The lone release by Dead Shell of Universe was a 2008, 34-minute EP named Tamo gde pupoljak vene… tamo je moje seme.

With All My Sins‘ debut album Pra sila – Vukov totem having been released last year, V. chose to reactivate Dead Shell of Universe after a decade of silence. Tamo gde pupoljak vene… tamo je moje seme has now been re-mastered, and it will be reissued on digipack CD by Death Knell Productions in the autumn of this year. This new edition will also include a brand new track recorded as a bonus for the new edition, with a five-man line-up that includes current or former members of such bands as Crimson Moon, Melechesh, and Obscured. The new track is “Ex Nihilo“, and it’s our pleasure to present it today. END_OF_DOCUMENT_TOKEN_TO_BE_REPLACED