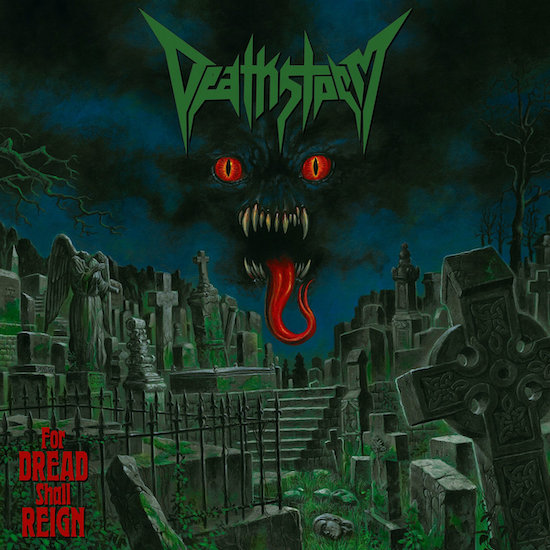 I think even the most devoted fans of thrash would admit that it’s hard to stand out from the pack, especially in 2020, after so many decades have been filled with so many bands and albums, both great and not-so-great. It’s even harder when a band feels a strong bond to such icons of the genre as the early works of Metallica, Slayer, and Death, as well as the continuing influence of Kreator and Demolition Hammer.

And that’s what makes Deathstorm so well worth your time — they relish those influences, and their music is unpretentious and uninterested in trying to reinvent the wheel or reconfiguring it into some new mechanism of propulsion, yet these Austrian wolves still do stand out from the pack. How do they do it? The song we’re premiering today from their upcoming fourth album Dread Shall Reign (which will be released by Dying Victims Productions on July 31st) will show you how — in spades. END_OF_DOCUMENT_TOKEN_TO_BE_REPLACED 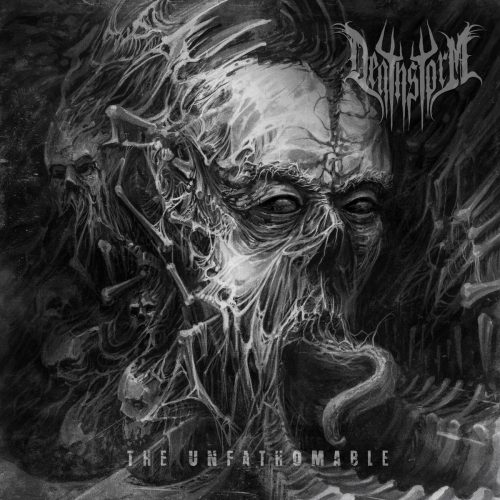 (This is Andy Synn’s review of the recently released new album by the Polish death metal band Deathstorm.)

Let’s be honest about something, shall we? For all that we might claim to love music which is progressive and challenging and which seeks to push the envelope, sometimes we just need to hear something which grabs us by the balls through the virtue of its sheer, unapologetic heaviness alone.

Sometimes, we need a Deathstorm. END_OF_DOCUMENT_TOKEN_TO_BE_REPLACED 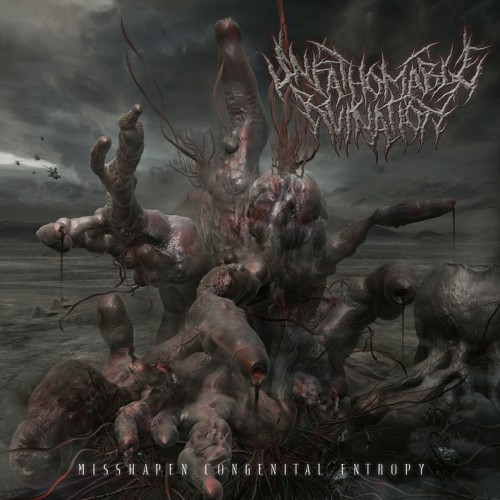 Recently, the band have uploaded two songs for streaming — “Carved Inherent Delusion” and “Edges of Disfigured Atrocity”, which features Konstantin Lühring from Defeated Sanity and Despondency as a guest vocalist. (Giulio Moschini of Hour of Penance also provides guest vokillz on the album.) Both songs are available as “name your price” downloads on Bandcamp. Both songs will also smash your cranium into tiny little fragments and chop up the goo inside like minced garlic. END_OF_DOCUMENT_TOKEN_TO_BE_REPLACED