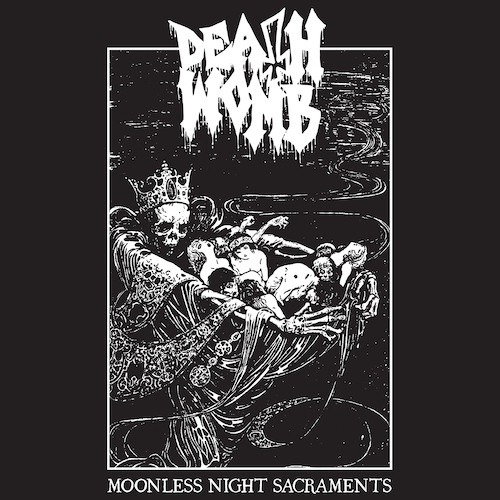 April 19th is the date set by Iron Bonehead Productions for release of the debut album by the Spanish black metal band Deathwomb, Its title, Moonless Night Sacraments, conveys the band’s devotion to resurrecting a certain primitive and primeval form of ’90s black metal that combines a cold, wraithlike mysticism with brutish depravity. These wolves hunt their prey in the pitch-black, and the light that gleams from their eyes comes from another world.

These references still don’t fully exhaust what Deathwomb have accomplished in their music. As revealed by the song we’re about to premiere, “Moloch’s Domain“, their musical toxins syphon from the brutishness of death metal and the dismal ghastliness of occult doom to create an experience that’s blood-freezing as well as heart-pumping. END_OF_DOCUMENT_TOKEN_TO_BE_REPLACED