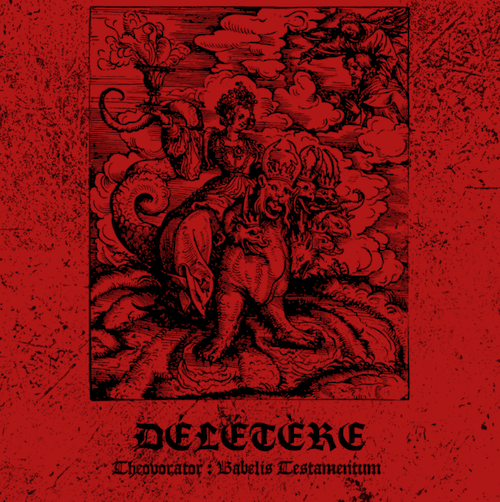 Conceptually, that 2018 album was devoted to Teredinis, a simple leper whose calling it was to become a prophet of Centipèdes as well as an incarnation of the Plague. I wasn’t the only scribbler of words who received that album so enthusiastically. I enjoyed, for example, this block of praise from Stereogum, which put it at the No. 6 spot on the site’s list of The 10 Best Metal Albums of 2018: END_OF_DOCUMENT_TOKEN_TO_BE_REPLACED 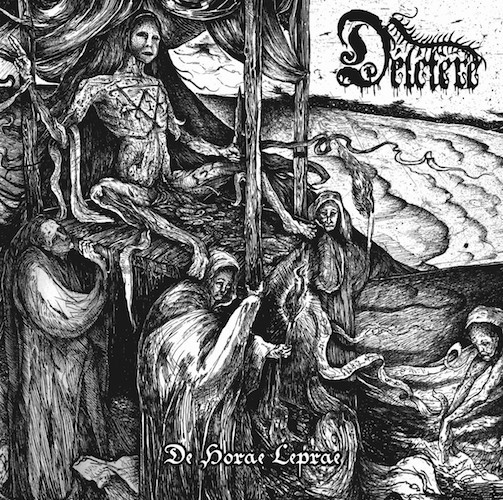 The song we’re about to present is one that’s so emotionally explosive and so persistently electrifying that it left this listener wide-eyed in wonder, and wondering what the hell to do with all the energy that had suddenly surged into the blood stream.

The song is “Cantus I – Teredinis Lepra“, the opening track from the new album by the Québec black metal band Délétère. Entitled De Horae Leprae, the record is described as “a monumental concept album devoted to Teredinis, a simple leper whose calling it is to become a prophet of Centipèdes as well as an incarnation of the Plague”.

The album is indeed a colossal achievement, a sprawling 65-minute opus that demands more careful consideration and a more extensive discussion than you’ll find here today. All you’ll find here — in addition to the music stream — is a gushing flood of adjectives un-corked by just this first track. END_OF_DOCUMENT_TOKEN_TO_BE_REPLACED