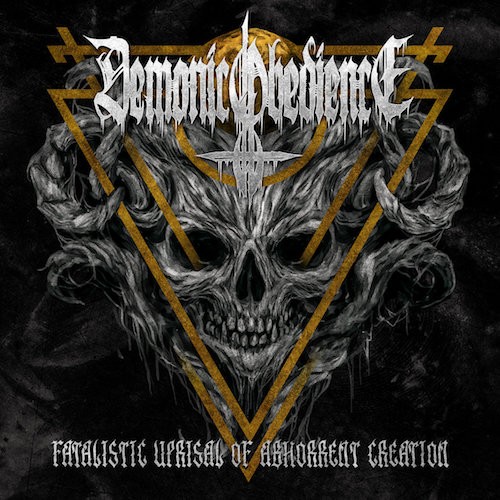 Roughly two years ago we had the pleasure of premiering a track from the second album by Demonic Obedience, Nocturnal Hymns To the Fallen. That was our own introduction to the band’s music, and it was a hell of a savage greeting. Now, Demonic Obedience are returning with a new album, and we again find ourselves in the fortunate position of delivering another premiere. The name of the new album is Fatalistic Uprisal Of Abhorrent Creation, and the track we have for you in advance of its April 17 release by Satanath Records and Sevared Records is “Awakening“.

Demonic Obedience has led something of a nomadic existence. Originally spawned in Greece by George Ntavelas and George Seremetis in early 2013 under the name of The Deepest, it then continued as the solo project of George Ntavelas after his move to Edinburgh, Scotland. On this new album, Ntavelas is the guitarist, but he was also joined in the recording by two new members of the band, Kruxator (vocals) and Mark Stormwhipper (bass). END_OF_DOCUMENT_TOKEN_TO_BE_REPLACED 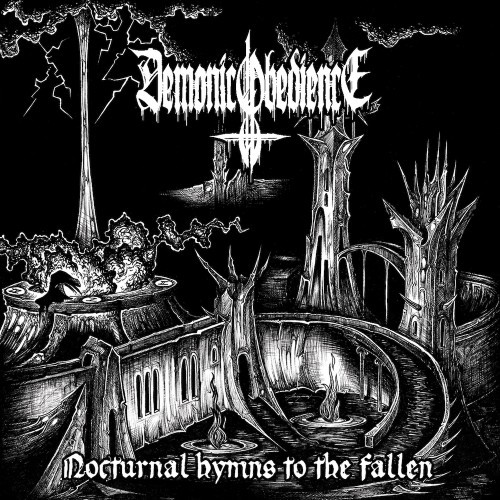 Everything on that nocturnal album cover up there is either spiky, smoldering, burning, or crackling with electricity. And it well suits the music on the new album by Demonic Obedience, Nocturnal Hymns To the Fallen, which is set for release on May 18 via Satanath Records and Sevared Records. Today we bring you the stream of a song from the album named “Forced Obscenity“.

Though originally created in 2013 as a two-man group based in Thessaloníki, Greece, Demonic Obedience now continues to move forward as the solo project of George Ntavelas, who moved to Edinburgh, Scotland, in 2014. This new album follows the debut full-length Morbid Supremacy of Evil, which was released by the Mexican record label Azermedoth Records in 2014. END_OF_DOCUMENT_TOKEN_TO_BE_REPLACED