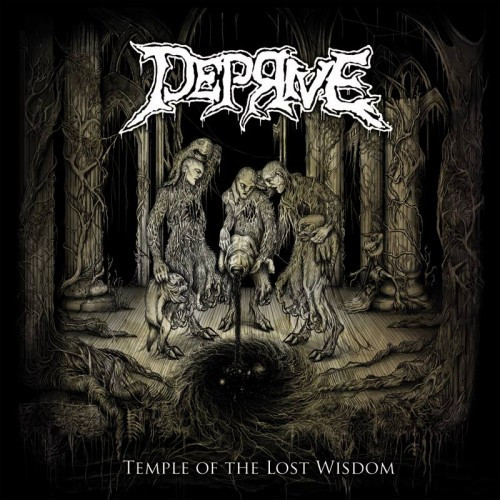 At the end of last month Memento Mori released the second album by the Spanish one-man death metal band Deprive. Bearing the title Temple of the Lost Wisdom, it follows last year’s promising debut album Into Oblivion. Today we have for you a stream of one of the new album’s ten tracks, “Doomed Tears of Humanity“.

As before, Deprive’s alter ego Erun Dagoth performs all instruments as well as vocals on this new work, making use of the experience he has gained in a multitude of other bands, including Briargh, Hrizg, Stormstone, CrystalMoors, Eldereon, and Omendark, while drawing upon a similarly diverse array of death and doom influences from the ’90s, including the works of Paradise Lost, Hypocrisy, Morbid Angel, Amorphis, Incantation, My Dying Bride, Cemetery, and Bolt Thrower. END_OF_DOCUMENT_TOKEN_TO_BE_REPLACED