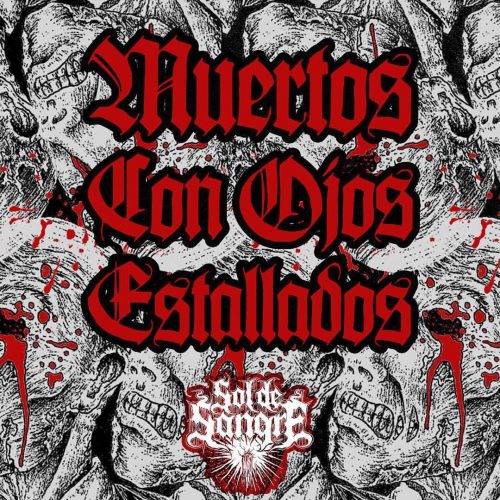 I thought about not putting anything together for the site today, just taking a break and working on some round-ups and reviews I’ve planned for Sunday and Monday. After all, there have been some other Saturdays and Sundays over the last 8 years when we haven’t posted anything. Maybe 9 or 10, total. Still bugs me when that happens. So it won’t happen today after all.

But I am scaling back. I’ve picked just two songs to share. I noticed them for the first time this morning; things I found earlier in the week are part of the bigger round-ups mentioned above. These two helped get my sluggish morning blood get going when I heard them.

I’ve rapidly become a fan of Sol De Sangre, even though I’ve now only heard two songs by them. The first one I wrote about here a month ago is a tribute to Altar of Madness-era Morbid Angel named “Más Abajo del Infierno” — which is now available on Bandcamp. The second one, “Muertos Con Ojos Estallados“, popped up on YouTube just yesterday, and is yet another summoning of the evil death metal these dudes grew up with. END_OF_DOCUMENT_TOKEN_TO_BE_REPLACED