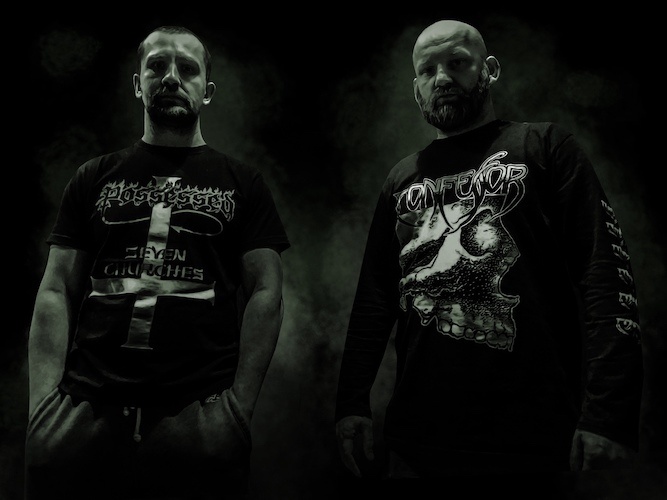 Here we have an old school death metal act from Russia – Disadaptive. It’s just two men – Sergey Naydenov (guitars, bass) and Dmitry Sokolov (vocals). The band’s story is brief yet the guys demonstrate some determination regarding their favorite genre, as they have recorded two EPs and a full-length album in the course of two years.

That album, entitled Apocryphal, was released during early September by Svanrenne Music and song names like “Mentor from Beyond the Grave”, “Crafted Abomination”, and “No Light from God” will give you a hint regarding the nature of their message. Also you’ll find an Autopsy cover here, and Disadaptive’s inspiration is clearer and sharper than a surgeon’s scalpel.

Sergey answered a few questions from our side and revealed some views on the local death metal scene. END_OF_DOCUMENT_TOKEN_TO_BE_REPLACED