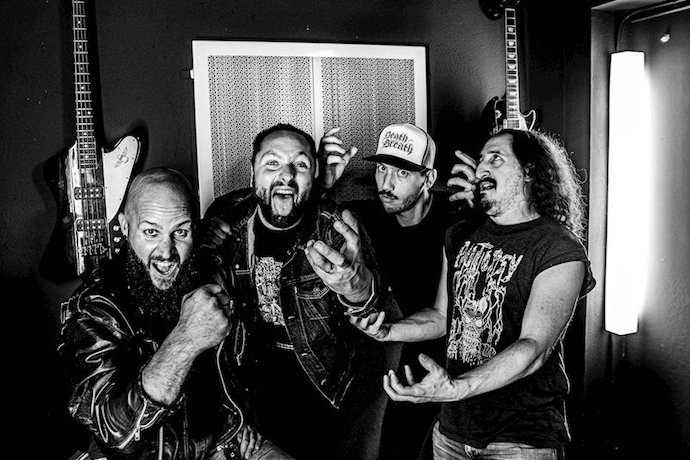 Those French metal dudes up there look like they’re having fun, don’t they? But how are they having fun with their music?

You would have some idea if you caught their self-titled 2017 debut EP, which was a wild, slaughtering romp of d-beat-infused old school death metal, packed with heavyweight chainsawing riffs, neck-smacking drumwork, insane vocals, and soloing that was both berserk and psychedelic, but with a songwriting dynamism that also dragged the music into ghastly graveyard gruesomeness.

Redefining Darkness Records did catch that EP, and became obsessed with it (having finally heard it, we can understand why), to the point that the label had to sign Disfuneral for the release of their debut album Blood Red Tentacle on April 15th of this year. The EP really was tremendously good, and the song we’re premiering from the album today is a bright sign that the new album will be too. END_OF_DOCUMENT_TOKEN_TO_BE_REPLACED