Venezuelan two-handed eclectic and exotic tapping machine Felix Martin is back at it again, melting minds across 14 strings and two separate fretboards. In between his recorded material, he often posts interesting concept videos where he tries new things. This latest video shows him exploring various Meshuggah-style polyrhythms and coming up with some absolutely wild stuff. The second half of the video in particular continually builds and spirals into a dense labyrinth of undulating thick grooves. END_OF_DOCUMENT_TOKEN_TO_BE_REPLACED 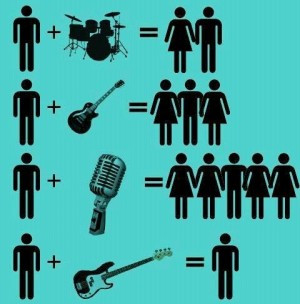 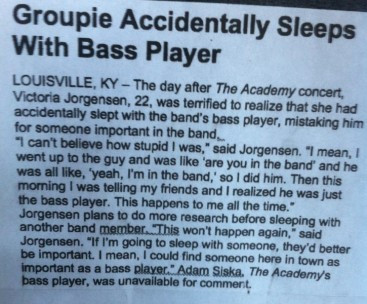 Because Forest Lapointe can do things most other bass players only dream of doing. It’s almost cruel for him to make a video like this one. END_OF_DOCUMENT_TOKEN_TO_BE_REPLACED 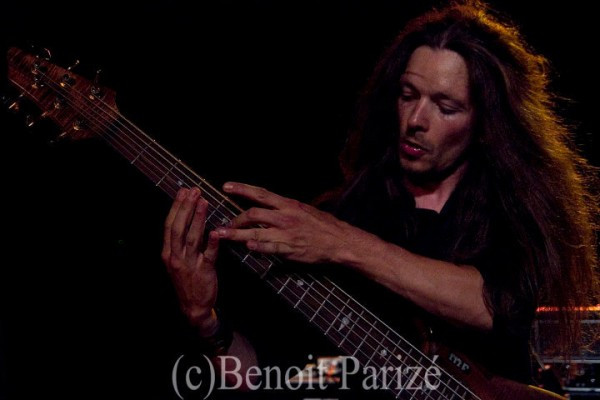 It’s a well-established fact that metalheads love guitar gods. It seems like no matter how good or bad a song may be, if you stick a flaming guitar solo in it somewhere, metalheads will start slobbering and playing air guitar with their grimy fingers. I certainly like me some guitar shred, though I’ve reached the point where even a technically flashy solo doesn’t do much for me if it’s not an organic part of the song and if it doesn’t have authentic soul behind it.

BUT, I do love the sound of a well-played bass almost as much as an expertly played guitar. The lowly bass leads a lonely, often overlooked life in metaldom. It’s an absolutely essential ingredient in most metal, but its contribution is often hard to isolate and notice when you’re listening. More often than not, it gets buried in the mix or overwhelmed by the other instruments. Sometimes that’s necessary, given the kind of sound a band is trying to achieve. Sometimes it’s a blessing, when the bass player isn’t doing anything especially interesting. Sometimes, it’s just a shame.

If you’re like me, you sit up and take notice when a song includes an audible bass line that shows some flash and creativity, and when you hear an actual bass solo, well that’s just a very sweet gift. I get a charge out of heavy-assed bass licks that are solidly competent, rather than flashy, but when a really good bass player lets it all hang out, I get the same slobber-response as most people do when they hear a burst of guitar shred.

When you hear that kind of talent creating rhythms on a fretless bass, it REALLY stands out. It’s a unique sound, which some of us were trying to describe in the comments to a post two days ago about a free four-song comp that’s being offered to build interest in the CD release party for a Toronto band called Nephelium. One of the songs on that comp (“Omnipresent Perception”) is by a Montreal band that we really love around here — Beyond Creation. And Beyond Creation features an accomplished fretless bass-player named Dominic “Forest” Lapointe. Thanks to a comment from an NCS reader who goes by the name egordon, we’ve now discovered a new video of Lapointe doing a play-through of the bass parts in the song, with the recorded song in the background. And holy shit. Is it fun to watch!  (more after the jump . . .) END_OF_DOCUMENT_TOKEN_TO_BE_REPLACED