Venezuelan two-handed eclectic and exotic tapping machine Felix Martin is back at it again, melting minds across 14 strings and two separate fretboards. In between his recorded material, he often posts interesting concept videos where he tries new things. This latest video shows him exploring various Meshuggah-style polyrhythms and coming up with some absolutely wild stuff. The second half of the video in particular continually builds and spirals into a dense labyrinth of undulating thick grooves.

Felix Martin is currently touring the US right now, accompanied by fellow mind-bending progsters Barishi on a lot of the tour dates, a band about whom Andy Synn has now written twice here at NCS and who just released a new EP called Endless Howl. Stinking Lizaveta and DŸSE support on various dates of the tour as well. Unfortunately for me, I saw that they added a date for my hometown of Louisville and it’s too late for me to get off work now. But anyone who can make a date near them should! The tour itinerary is as follows:

And here’s the video (which was filmed inside a cable car in the Avila Park in Caracas, Venezuela): 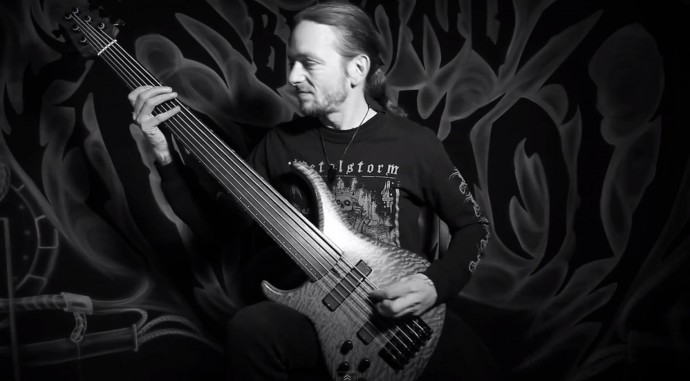 Well, if that first video didn’t leave your mouth agape and slivers of drool coming down both sides, this next one ought to finish the job.

In this video Dominic “Forest” Lapointe demonstrates fretless six-string bass wizardry in a playthrough of the title track from Earthborn Evolution, the second album by his band Beyond Creation, released in 2014. It’s a fantastic song to begin with, and you could thoroughly enjoy the video with your eyes closed — but then you would be missing the thrill of watching a performance by someone who’s among the best at what he does in the current metal scene. So don’t close your eyes!