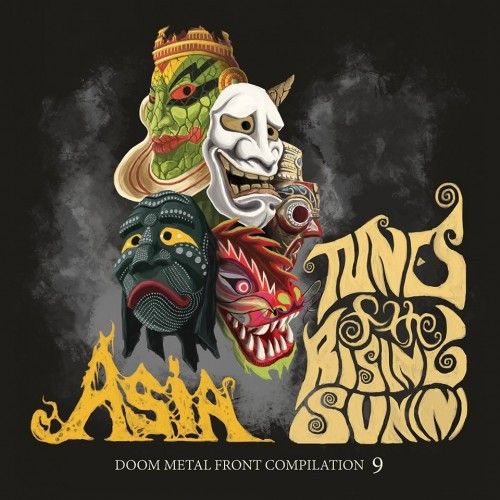 Earlier today I included a feature in a “Seen and Heard” post about a new song by an Italian doom band named Necropoli. After posting that piece I learned that the tremendous vocals on the song were recorded by David Unsaved, one of the two collaborators in a band from Tbilisi, Republic of Georgia, named Ennui. I decided to learn more about Ennui and discovered that they have completed work on a new album (their second), entitled The Last Way, which will be released by MFL Records on November 30, 2013.

Ennui’s Facebook page also pointed to a stream of one song from the new album on Bandcamp. That song turns out to be part of a 30-track compilation called Asia: Tunes of the Rising Sun(n) assembled by a German zine called Doom Metal Front. The comp comes as an automatic digital download with the purchase of Issue #11 (which you can buy either as a downloadable PDF or as a print copy that will be sent to you).

The comp includes music by 30 bands from India, Pakistan, Israel, Japan, China, Indonesia, Japan, Georgia, and elsewhere, and features names such as Church of Misery, Coffins, Bevar Sea, Eternal Elysium, and Birushanah. But at the moment, the only song I’m going to write about is that Ennui track that will also appear on their new album. END_OF_DOCUMENT_TOKEN_TO_BE_REPLACED