Yesterday they saw fit to release a demo version of one of the new album’s songs, “Writhen Unto Abraxas”. It’s a mauling frenzy of destructive riffing and horrific vocal effusions, caked with grime, splintered with jagged grooves, and writhing with maggot-ridden guitar leads. Galvanizing and merciless, doomed and infectious, the song is yet another triumph of blackened death metal malignance for this frightening collective. Listen next. 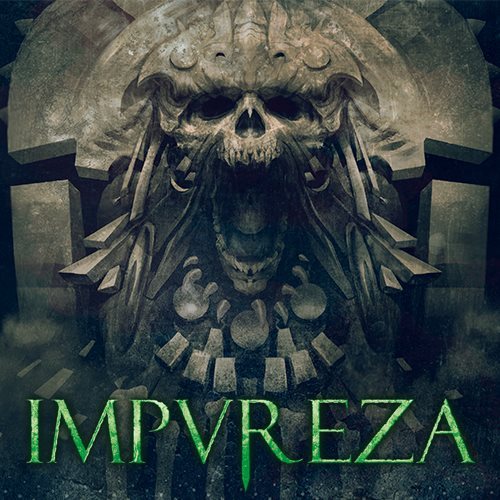 Last month I reported the joyous news that Impureza have a new release on the way — at long last. If you still don’t know about Impureza, I’ll quote myself again: “They seamlessly and beautifully combine technically oriented death metal that brings to mind bands such as Nile, Krisiun, Decapitated, and Fleshgod Apocalypse with flamenco music. They combine old and new ways of kicking out the fuckin’ jams.” And their most recent album, 2010′s La Iglesia Del Odio (“the church of hate”), was fantastic (and reviewed here).

The new release turns out to be an EP, entitled Leyenda Negra – El Nuevo Reino De Los Ahorcados (per Google Translate: “Black Legend – The New Kingdom of the Hanged”). Although a teaser appeared in October, yesterday the band started streaming a full track — “El Nuevo Reino De Los Ahorcados”. It’s introduced by an acoustic flamenco melody that’s soon joined by a jolting rush of hyper-speed riffing and weapon-like drumming. Clean vocals in the intro give way to bestial death growls that keep pace with the headlong, bombastic rush of the music. Damned fine song. Check it out below. 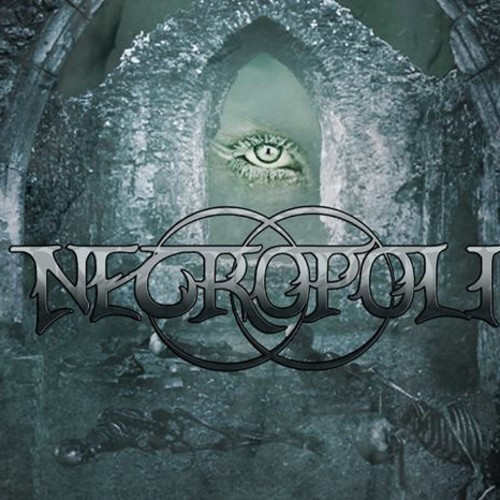 I came across this next band through a link on Facebook by a friend from the Russian doom band Station Dysthymia. Necropoli are based in Rome and they’ve recorded a debut album, the name and release date of which I haven’t yet discovered. So far, one long song has been made available for streaming. According to their Facebook page they were “born from the ashes of the funeral doom band Damnatio Memoriae”, but as you’ll discover in a moment, “Ashes of My Soul” isn’t what I think most people would imagine as funeral doom.

Although the song does have its crawling moments, it’s more mid-paced than glacial, and although it’s anchored by huge booming riffs, it also includes alien ambient melodies, pneumatic rhythms, flights of post-metal-minded guitar digressions, and cacophonies of strange synthetic noises. The vocals are on the money — cavernous, echoing, and cold — but the song’s atmosphere balances morose reflections of loss with brute hammering and cosmic shimmering. I really like the song — it’s an engrossing piece of music and it bodes well for the album.

Late last month I reviewed the excellent new album by Lumbar (here). At the time of the review, only one song was available for streaming, but now the entire album can be heard and downloaded at Bandcamp (here).

And earlier this month I reviewed the excellent new vinyl split by Noothgrush and Coffins (here). At the time of that review, no music was available for streaming, but now that split can also be heard and downloaded at Bandcamp (here).

And this news gives me an excuse to stream both releases below. Enjoy.