Yesterday they saw fit to release a demo version of one of the new album’s songs, “Writhen Unto Abraxas”. It’s a mauling frenzy of destructive riffing and horrific vocal effusions, caked with grime, splintered with jagged grooves, and writhing with maggot-ridden guitar leads. Galvanizing and merciless, doomed and infectious, the song is yet another triumph of blackened death metal malignance for this frightening collective. Listen next. END_OF_DOCUMENT_TOKEN_TO_BE_REPLACED 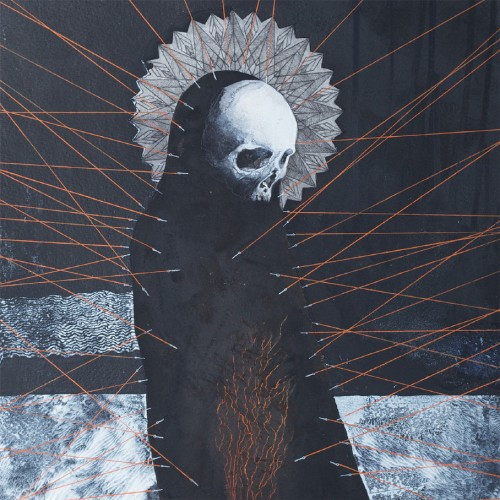 There’s an unusual story behind the making of his album, one that’s both painful and inspiring. If you know the story, it can’t help but affect the way you hear the music. And that’s as it should be, because the story is at the heart of the writing and the recording of the music, too. That story has been told elsewhere, through our own interview of the music’s creator Aaron Edge, and an even more in-depth interview that appeared last week at The Obelisk. But even if you were ignorant about the album’s deeper significance, it would still hit with tremendous force.

For an album that consists of seven tracks totaling only about 25 minutes of music, there’s a temptation to say that it flies by. It does, and it doesn’t. You can read first-hand accounts of combat or other traumatic events, in which time seems to slow down. The intensity of Lumbar’s album plays a similar trick on the mind. The music itself moves in slow time, the massive distorted chords flowing like magma, groaning like titanic drawbridges being raised with rusted chains, pounding like a wrecking ball. But the slow rhythms are only part of the explanation for the music’s time-warping effect.

The sound is incredibly dense and contaminated, the guitars fuzz-bombed to the max, the music vibrating with radioactive decay, almost every second shrouded in a storm of static. The black, hallucinatory aura of the music is intensified by the layering of shrill, skittering electronic noise, shimmering cymbals, and a mega-dose of reverb. The harrowing sense of things falling apart, which pervades the album, reaches its apotheosis in “Day Five”, where rhythms and even the rudiments of melody are abandoned, leaving only the sounds of distant thunder growing into a battlefield bombardment and the howling of demented voices. END_OF_DOCUMENT_TOKEN_TO_BE_REPLACED 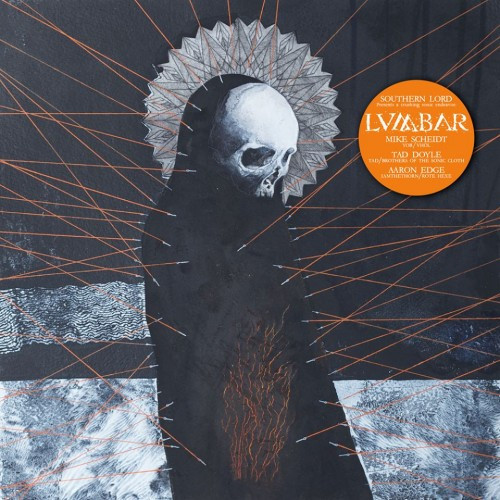 This has been a very full day at the site, but I wanted to add one more post about the last two pieces of music I heard this morning. They pulled me in two very, very different directions, but they each made an emotional connection. And since blogs exist so that extroverted personalities never have to keep anything to themselves, I’m sharing.

Without ever hearing the music, there have been powerful reasons to believe that Lumbar’s first (and maybe last) album — The First and Last Days of Unwelcome — was going to be very heavy. As you’ll know if you read our interview of the band’s founder and instrumentalist Aaron Edge, the songs were written as he was being afflicted by the pain of what would ultimately be diagnosed as multiple sclerosis, and the lyrics were written after he had spent 40 days bed-ridden with the disease, as he was beginning to come to terms with what had happened to him. I still find his description of the music evocative and gripping:

“Imagine three people, a small band or tribe. A storm is coming and it forces the small party into the ground, into caves. The spaces are small, cramped and dark. As the three huddle together, they hear/feel the approaching roll of nature’s foul breath, as it tears trees up from their roots, pushing huge boulders from their resting spots and dumping rain across the land. The tribe, without light and much hope, shudder. Feet stomp in panic. Teeth chatter. The wind howls, the rain becomes rivers and starts to fill up every hole in the earth. Air is thin. Breathing becomes harder, labored and louder. All these sounds and rhythms, the shared feelings of both paranoia and claustrophobia, the fear smelled in the sweat of these three… that’s what Lumbar sounds like.” END_OF_DOCUMENT_TOKEN_TO_BE_REPLACED 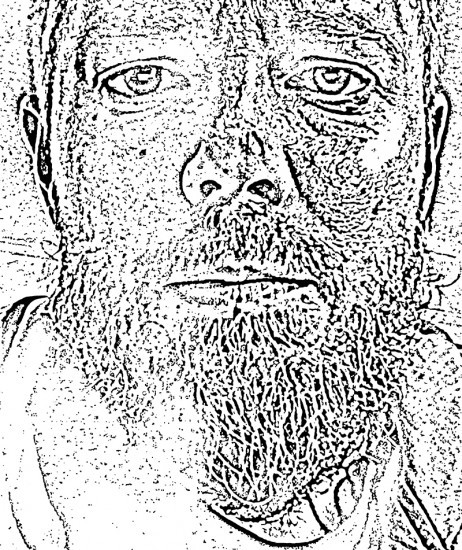 People who regularly spend time at this site know that although the music we cover is usually heavy as hell and often very dark, most days the tone of the posts is pretty light-hearted. This isn’t one of those posts.

What you’re about to read is an interview with Aaron Edge, a very talented, very articulate, very experienced musician with a lot of credibility in the underground.  I first learned about him through his work on the early albums of Himsa, and you’ll see the names of other bands mentioned in the interview. In addition to his musical endeavors, he’s also a graduate of The Art Institute of Philadelphia and has designed hundreds of CD/record covers, posters, and t-shirts for musical groups all over the world.

Later this fall, Southern Lord will be releasing the first album, and possibly the last, by a band named Lumbar that he formed along with Mike Scheidt (of YOB and VHÖL, among others) and Tad Doyle (of TAD and Brothers of the Sonic Cloth), both of whom contributed vocals to the instrumental music that Aaron recorded.

Aaron was also diagnosed with Multiple Sclerosis in March of this year. The diagnosis followed months of unexplained pain and increasing numbness in his hands and feet that nearly prevented him from completing recording of the songs that would eventually become the music of Lumbar. There is no known cure, and the treatments themselves can be severely debilitating. These experiences, and the shadows that now cloud Aaron’s future, have made Lumbar’s debut into a concept album unlike any other you’re likely to come across this year.

Last week Aaron agreed to “talk” with me through an exchange of messages on Facebook. He was very open in discussing what has happened to him, as well as the experience of writing and recording Lumbar’s album.  I’ll warn you in advance that things get very heavy. As you’ll see, there are reasons to expect Lumbar’s album, First and Last Days, is going to be very fucking heavy, too. END_OF_DOCUMENT_TOKEN_TO_BE_REPLACED 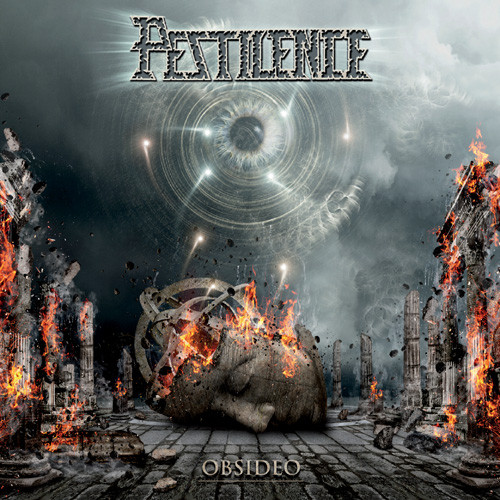