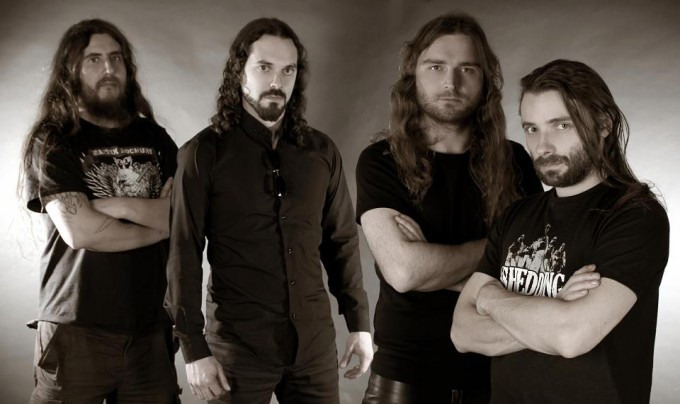 It occurs to me that human beings have never been content to simply feel emotion. We are social creatures, and so we’re driven by the impulse to share our emotions with others, to convey to other people what we’re feeling. I think that impulse drives artists in every field, whether it’s pictorial art or writing or music. And it goes beyond that. Artists not only want to communicate their own emotions through what they create, they also want other people to feel what they (the artists) are feeling.

Music has always been a vehicle for this two-fold drive, a vehicle for expressing what the musician feels and for changing the listeners so that they experience it, too. And one of those experiences is the very human desire to be wild, to let go of responsibilities, to defy order, to throw off the very conventions that make it possible for human beings to co-exist without tearing each other’s throats out, to dive headlong into unbridled passion.

There’s probably some connection between this and orgasms, but I’ll leave that for another day.

Anyway, the appeal of music that makes you want to be wild is one of the reasons I really like high-speed death metal. But that’s a comparatively recent form of music, and definitely not the first kind designed to sweep up the listener and take them on the Wild Hunt. Flamenco music is a much older art form that, at least as I hear it, does the same thing. It lights a fire and then fans it into a wildfire.

And I’m thinking these thoughts today because of Impureza. I think it’s a very safe bet that if you’ve ever heard the music of this French band (pictured above), you haven’t forgotten it. They seamlessly and beautifully combine technically oriented death metal that brings to mind bands such as Nile, Krisiun, Decapitated, and Fleshgod Apocalypse with flamenco music. They combine old and new ways of kicking out the fuckin’ jams. 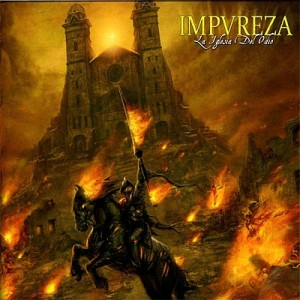 When I wrote about them last December (here), their music drew a very favorable response from NCS readers, so I don’t think I’m alone in my enthusiasm. It appears that the band are now working on a new album that may see release later this year, and we’ll be all over that whenever it happens. But the newsworthy item for today is that Impureza have made their earliest works available for free download.

A compilation of these demos was previously released in 2007 on tape under the name Inquisition Demos by the French label Nihilistic Holocaust (they’re still selling the tape). And five of the songs eventually appeared on the band’s kick-ass debut album, La Iglesia Del Odio (2010), so this free download is a very cool benefit to Impureza fans.

If you follow THIS LINK, it will take you to the download page, for however long it lasts. And in case this band is a new name to you, check out these songs from their debut album — which you can also stream in its entirety by visiting this location; it’s available for purchase here.

3 Responses to “FREE SHIT FROM IMPUREZA”