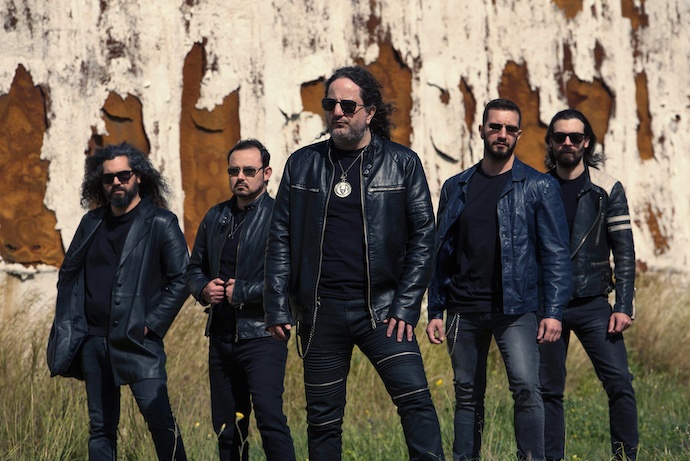 (The Cretan Epic Doom band Doomocracy have recently released their latest album through No Remorse Records, and that provided a good occasion for Comrade Aleks to arrange the following interview with Doomocracy vocalist Michael Stavrakakis.)

Epic doom is a specific genre. Once Candlemass gave it a twisted and loud birth, nothing remained the same. Candlemass set the high level with the performance of vocalists like Johan Langquist, Messiah Marcolin, and Robert Lowe, so any new band which tried to choose the same path naturally needed a strong vocalist.

Doomocracy was founded in Heraklion, Crete in 2011 and it seems they have one. The band’s lineup has remained the same since it was born: Manolis Sx (bass), Minas Vasilakis (drums), Angelos Tzanis (guitars), Harry Dokos (guitars), and Michael Stavrakakis (vocals). And they succeeded, as according to Doom Chronicles the band turns out to be demanded by European doom metal festivals and just released their third album – Unorthodox.

We discussed Doomocracy’s past and present with Michael and here’s the result of our conversation: END_OF_DOCUMENT_TOKEN_TO_BE_REPLACED