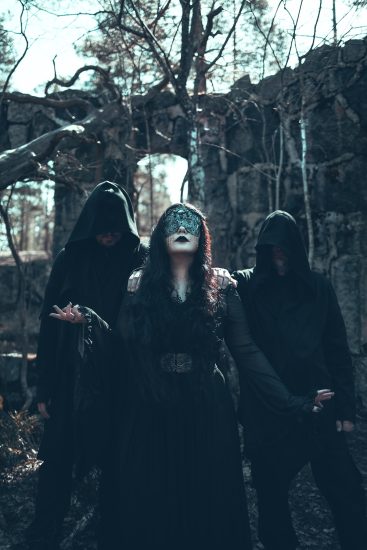 (We present a trio of album or EP reviews by DGR, delving into music of the doomed variety.)

One of the more reliable things about heavy metal outside of a yearly re-issue of Death‘s catalogue is that the end of year turnover/beginning of another is where a lot of doom releases like to insert themselves into the fray. It’s not surprising, given that it’s the cold season for sections of the world. With everything being painted as if it were covered in snow anyway, it makes sense that one of metal’s more melancholy genres steals a bit of the limelight.

Also not surprising, then, that the early part of my year was weirdly doom-dominated and not just by the three present in this write up but also with Author & Punishers Kruller hovering just outside the ring as well. I’m not the doom guy at the site – more often comfortable in my realms of death and grind – but that doesn’t mean I’ll make the genre draw the short straw all the time when it comes to focus. I just think there are people here that are way better at covering this style than I am.

You’ll note though that with these three, not all of them are from 2022 proper. Even though we’re making a valiant attempt to keep looking forward we still find ourselves ocassionally dragging ourselves back to the previous year with some of our discoveries. In this case it’s because one album came out on December 24th, 2021, and another is an EP containing three songs, two of which were singles released throughout the previous year. The third comes as a random stumbling while on break at work and may be one of the deeper journeys I’ve made into the ambient funeral-doom worlds that I’ve done in some time, especially since the last two that come to mind for me are Texas’ The Howling Void and Italy’s Void Of Silence. END_OF_DOCUMENT_TOKEN_TO_BE_REPLACED