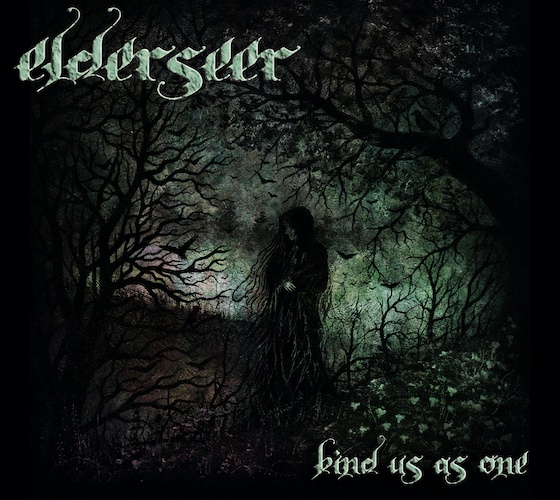 The British pagan doom band Elderseer are a relatively new presence, having come together in 2017 and with only a single record to their name so far — an EP entitled Bind Us As One that was released at the end of 2018. But that first EP was more of a giant assured step than a halting, timid feeling of a way forward. It drew considerable praise in the metal press, and in its varying stylistic dimensions it spawned references to the likes of My Silent Wake, Primordial, My Dying Bride, and Amorphis.

The title track was the one that closed the EP. At more than 10 minutes in length, it was the most substantial (and perhaps the most powerful) of the EP’s four songs. Not surprisingly, it’s the song that Elderseer chose as the subject of the video we’re privileged to bring you today — a lyric video that also includes footage of the band performing the song and of the imposing ancient landscapes that form a part of the band’s inspirations. END_OF_DOCUMENT_TOKEN_TO_BE_REPLACED