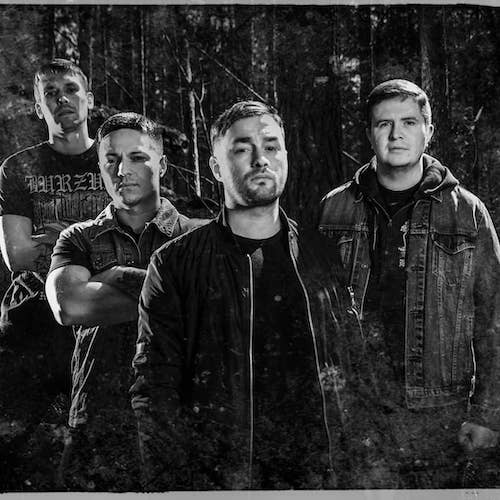 (Comrade Aleks delves into atmospheric black metal with this interview of Vyacheslav Oboskalov, founder of the Russian band Elderwind, whose latest album is 2021’s Fires.)

You can’t avoid atmospheric black metal nowadays. It’s sort of a cultural phenomenon, a friendly offspring of the most scandalous and extreme metal genre (as it was in ‘90s) which nevertheless doesn’t lose its connection to what came before it. Most of these bands prefer to channel different aspects of Nature through their music, some declare “a celebration for the death of man” and it seems to be a logical development of the genre. The growing popularity of atmospheric black metal, its connection with ambient and post music, just proves a suggestion that the scene lives and grows on its own.

The Russian atmospheric black metal act Elderwind was started by Vyacheslav Oboskalov twelve years ago. His home city Yekaterinburg is located on the Iset River between the Volga-Ural region and Siberia. A good place to play black metal. Elderwind’s albums’ titles Volshebstvo Jivoy Prirody (“The Magic of Nature”) and Chem Holodnee Noch (“The Colder the Night”) demonstrate the band’s ideology, and Elderwind built a good reputation with those releases — good enough to release a new album, 2021’s Fires, DIY and continue to get new listeners despite a lack of big labels behind them. It may be early to tell about the new album’s success, but if it is a success, then it’s well-deserved. Vyacheslav is here tonight to tell Elderwind’s story. END_OF_DOCUMENT_TOKEN_TO_BE_REPLACED