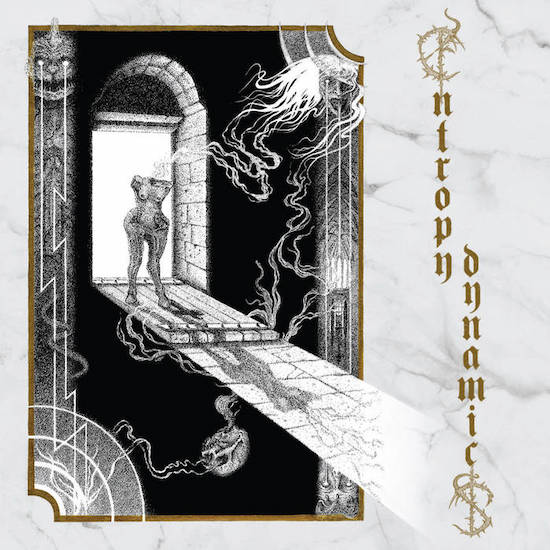 With a career stretching back to the late ’90s and a sixth album on the way, Embrace of Thorns should need no introduction. One of the most formidable bands from Hellas, they have moved from strength to further strength, ever-advancing in their explorations of musical muscularity and mood, rendering creations of blackened death metal that both pulverize listeners and create compelling and harrowing atmospheres.

Some would argue that even 20 years into their career, they produced their best album in 2018’s Scorn Aesthetics, though others will steadfastly maintain that 2009’s Atonement Ritual or 2011’s Praying for Absolution are cult classics that have not yet been surpassed.

This kind of debate is likely to intensify with the advent of the band’s new album Entropy Dynamics, which is set for release on October 10th by Nuclear Winter Records. At a significant 50 minutes in length, it definitely won’t short-change fans, and that length alone is one sign of just how brightly the band’s creative fires continue to burn, and just how fervently they continue to explore wide-ranging dynamics in their ideas and in the kind of trip they wish listeners to take in their company.

Today we have an example of this in our premiere of the album’s second advance track, “The Breath of the Beast“. END_OF_DOCUMENT_TOKEN_TO_BE_REPLACED

Beginning in April, Century Media has reissued the band’s discography from the 1990s on vinyl, and Dawn have also been working on a new album. A “semi-official rehearsal track” has been up on YouTube for a while, though the song title apparently isn’t correct. Here it is, followed by a full stream of Slaughtersun: END_OF_DOCUMENT_TOKEN_TO_BE_REPLACED