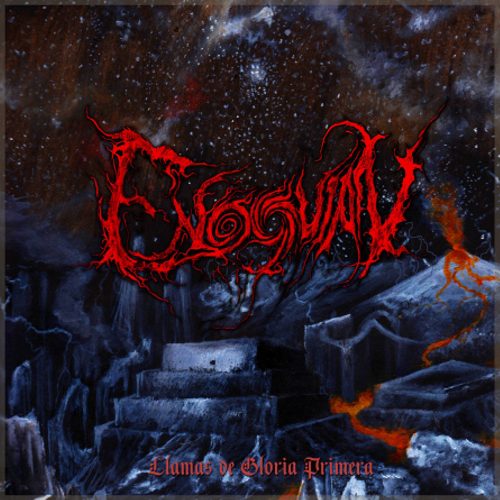 A cacophony of demonic shrieking and roaring is the first assault on the senses that you’ll hear in this new song. It builds tension, and it conveys a warning that a violent and blood-freezing experience will follow on its heels… and that promise is fulfilled.

The name of the song is “Herencia Terrena” (“Earthly Inheritance”, according to Google Translate), and it appears on Llamas De Gloria Primera, the impressive debut album of the Argentinian black metal band Enoquian, which will be jointly released on November 25 by Satanath Records (Russia) and Morbid Skull Records (El Salvador). END_OF_DOCUMENT_TOKEN_TO_BE_REPLACED