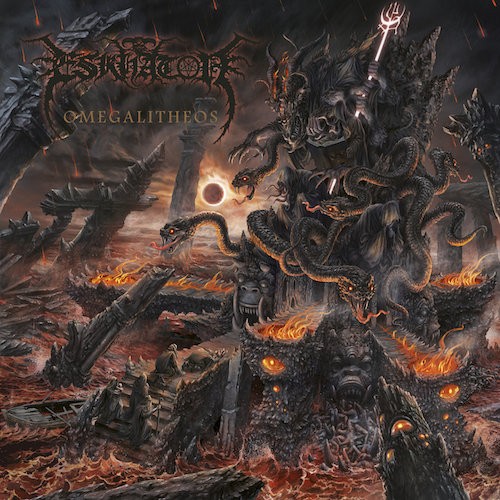 The video that we’re about to present boils with nightmarish, mind-mutilating imagery, both lyrically and visually. The words refer to maelstroms of death and poisonous blood, to churning trances and dark forces of infinite devourment, to the sacrifice of human flesh in a black goat apocalypse — and the skin-shivering artwork is no less malignant and macabre. It all suits the music very well, which is itself a ravaging maelstrom of death designed to put the listener into a terrifying spell of possession by ancient evil.

The song in question is “Blasphemartyr“, and it comes from Omegalitheos, the third album by the Australian marauders in Eskhaton, which was released this past June by Lavadome Productions. END_OF_DOCUMENT_TOKEN_TO_BE_REPLACED 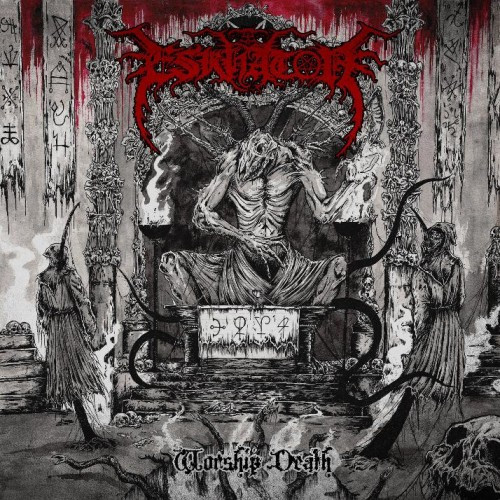 “Skeleton Shrine” is a goddamn vicious rampage of bestial blackened death metal. Subtlety and nuance are not the hallmarks of this style of metal — you go to it for the electric jolt it puts through your brain stem and the malevolent destructive force of its atmospherics. “Skeleton Shrine” delivers all that, and the flamethrower burst of the guitar soloing plus the complex tumbling of the drumwork put the icing on this poisonous cake. END_OF_DOCUMENT_TOKEN_TO_BE_REPLACED