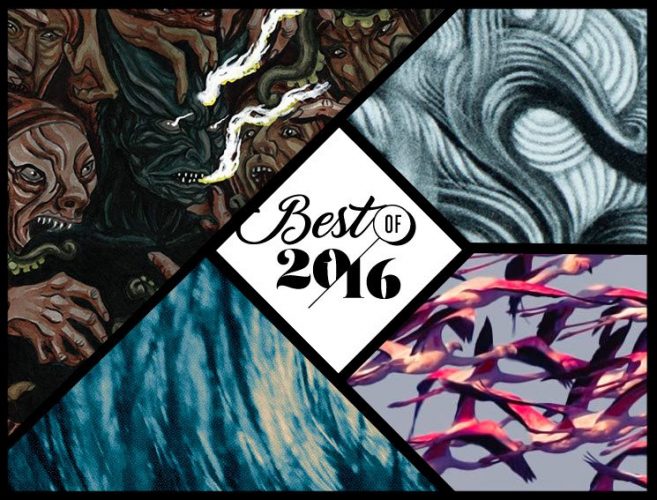 Yesterday we re-posted a lot of year-end lists from “big platform” music sites and print zines, or at least the portions of them that included metal albums (where such portions existed). I’ve come across another one since then, and it’s a list from Exclaim!

For those who may not know, Exclaim! Media Inc., which was established in 1991, describes itself (here)  as “Canada’s foremost source of news and information on the best in emerging new music”. In its print format, Exclaim! has “a monthly circulation of over 100,000 copies distributed through more than 3,000 outlets across Canada”. Exclaim.ca is the company’s digital platform, which focuses on streaming music, news, reviews, interviews and original video content across a range of music genres.

Yesterday, Exclaim! published its staff list of The Top 10 Metal and Hardcore Albums of 2016. END_OF_DOCUMENT_TOKEN_TO_BE_REPLACED

As part of our annual LISTMANIA series we re-publish year-end lists of metal from selected print zines and a group of cross-genre web sites with large audiences. We have two more of those in this post (and we’re only waiting for one or two more of those before we’re finished for this year).

We usually don’t re-publish year-end lists from other metal sites and blogs, because we figure you already know about the ones you care about and because, where would we stop? But this year, for the first time, we’re making a few exceptions to that policy.

One of those few exceptions is Angry Metal Guy. Whenever he gets around to posting his year-end list, I’m going to share it here. Among the reasons, AMG is one of the few surviving metal blogs out there which was born in the same year (2009) as our own putrid site. Plus, although we don’t always see eye-to-eye about music, the writing is top-notch. And then, there’s also this little item that recently appeared on the AMG Facebook page: END_OF_DOCUMENT_TOKEN_TO_BE_REPLACED