As part of our annual LISTMANIA series we re-publish year-end lists of metal from selected print zines and a group of cross-genre web sites with large audiences. We have two more of those in this post (and we’re only waiting for one or two more of those before we’re finished for this year).

We usually don’t re-publish year-end lists from other metal sites and blogs, because we figure you already know about the ones you care about and because, where would we stop? But this year, for the first time, we’re making a few exceptions to that policy.

One of those few exceptions is Angry Metal Guy. Whenever he gets around to posting his year-end list, I’m going to share it here. Among the reasons, AMG is one of the few surviving metal blogs out there which was born in the same year (2009) as our own putrid site. Plus, although we don’t always see eye-to-eye about music, the writing is top-notch. And then, there’s also this little item that recently appeared on the AMG Facebook page:

“I sure can’t wait to drop my Top 453 albums we reviewed this year list! All those websites that do Top 50 and Top 100 lists are gonna see that they’ve been missing out on sharing gold!”

One of the other exceptions I’m making this year is a metal list from Anti-Gravity Bunny. I’ll explain why in a minute — and I might make a couple of other exceptions this week. But first, on to two more “big platform” sites… 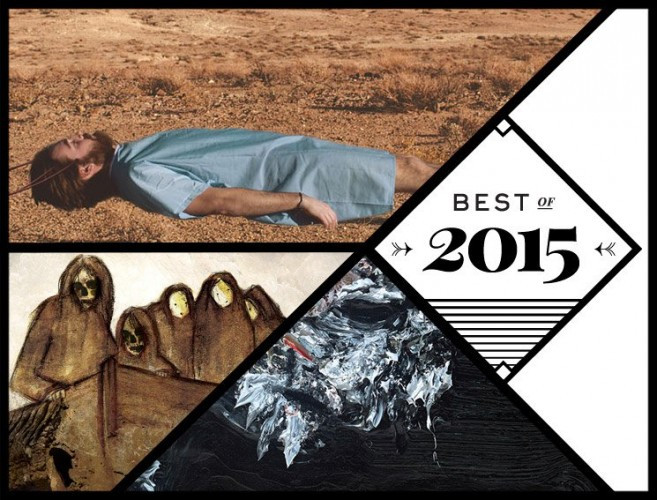 Exclaim! Media Inc., which was established in 1991, describes itself as “Canada’s foremost source of news and information on the best in emerging new music”. In its print format, Exclaim! has “a monthly circulation of over 100,000 copies distributed through more than 3,000 outlets across Canada”. Exclaim.ca is the company’s digital platform, which focuses on streaming music, news, reviews, interviews and original video content across a range of musical genres.

Over the weekend, Exclaim! published its staff list of The 10 Best Metal and Hardcore Albums of 2015. Here’s the list — and to read the explanations, go to this location:

8. Between the Buried and Me – Coma Ecliptic

7. Fuck the Facts – Desire Will Rot

Apple Music is, of course, Apple Inc.’s new music streaming service, which was launched on June 30, 2015, in more than 100 countries. I don’t know how many subscribers they have amassed so far, but I’m assuming it’s a substantial number. I also don’t know anything else about it, because I am not a subscriber. However, although I’m not a subscriber, my NCS comrade DGR alerted me to the following piece that appeared at The PRP (here) — which I’m just going to re-post verbatim (I haven’t verified its accuracy):

Apple Music‘s recent regionalized ‘best of 2015’ lists didn’t even give metal its own category when it came to the U.S. and Canadian territories. Though that still remains the case on their base ‘best of 2015’ lists, perhaps the company have now set out to rectify that oversight. The streaming service have put together a number of best of metal & hard rock lists present on each genre’s own individual pages, each with their own playlist.

The lists are reprinted below in the order they appeared, as no direct numbering system was provided. They did however specify that the choices were that of their editors and not sales-oriented:

Until this past weekend I had never heard of Anti-Gravity Bunny. This means very little, because the days of me roaming the internet and reading/exploring music blogs are virtually dead and gone (NCS is a very harsh mistress). But there may be a further reason: The site’s lone author seems to concentrate on drone (which is a genre I know almost nothing about).

However, Anti-Gravity Bunny posted not only a list of best albums in that genre, but also a Top 15 metal list. I learned about it through an e-mail from an NCS reader, and I’m posting it here (preceded by an excerpt from the author’s introduction) because it not only includes some great albums I know about, it also includes some albums I know nothing about — and I thought some additional diversity might be of interest to our readers, as it was for me. To learn more and listen to sample music from albums on the list, visit the site via this link.

I’m not as deep into the metal scene as I am the drone one, so I’m sure there’s way more awesome obscure metal records that would’ve made it onto this list had I heard them, but whatever. If you’ve got any recs, let me know in the comments or email!
And in case you’re not a huge metal fan, know that there’s plenty of stuff on this list that A: is only debatably metal (see: numbers 15, 13, 12, 1) and B: has plenty of AGB friendly elements aka drone, noise, etc (see: numbers 9, 6, 5, 4, 1).

9. VAMPILLIA & THE BODY – xoroAHbin (SELF RELEASED)

3. LAMENTATIONS OF THE ASHEN – Libertine Cyst (SELF RELEASED)