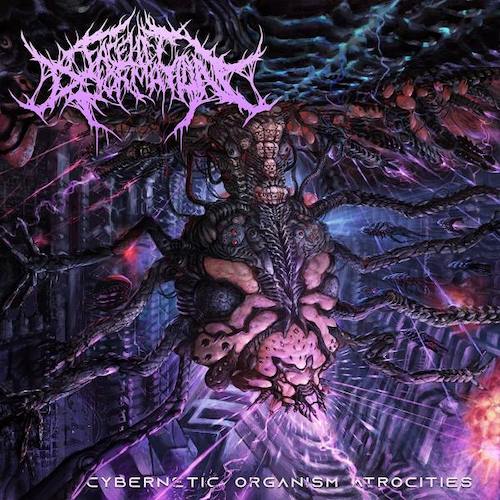 (Vonlughlio returns to NCS with a review of the forthcoming second album by the slamming brutal death metal band Facelift Deformation.)

This time around I’m writing about Facelift Deformation‘s sophomore effort, Cybernetic Organism Atrocities, to be released on the 31st of August via Realityfade Records. To be honest, I had heard of this Hong Kong/Taiwan project last year when they released their debut album Domination to Extermination (with another label) but never got around to listening to it.

Realityfade Records made the announcement that they would be releasing this new material, and I was intrigued, to say the least. This label has amazing bands such as Interminable Corruptions, MDMA, Habitual Depravity, Ineffable Demise, Coprobaptized Cunthunter, Decomposition of Entrails, Dysmorfectomy, and ByoNoiseGenetator, just to name a few. I recall when Mr. Sagaidak started this label and it’s good to see the development throughout the years, with a roster that includes many slam/BDM bands I enjoy and some deathcore bands too.  While deathcore is not my thing, I can respect the fact that he is doing what he likes and is not afraid to expand his vision on his own terms. END_OF_DOCUMENT_TOKEN_TO_BE_REPLACED