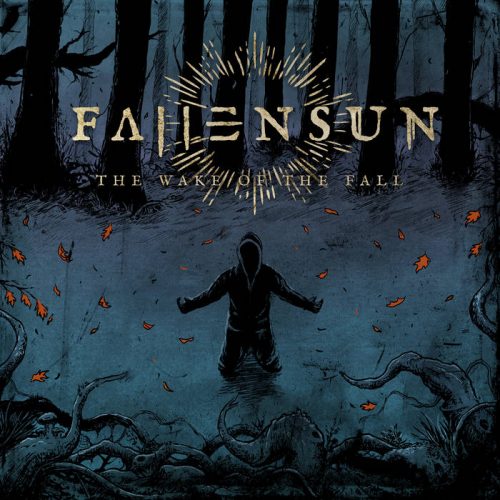 (DGR prepared the following very enthusiastic review of the new album by Fallensun from Prince George, British Columbia, which is out now via Bandcamp.)

It has been a blessing in disguise that the recent crop of newer crew inhabiting the upper reaches of the NCS cave have somewhat similar taste to my own. It has freed me up tremendously to just bounce around the internet and look for projects that might otherwise have a hard time getting out into the wider reaches of the metal-sphere while stuff that I would normally consider myself on the hook for has found pretty good coverage here. It’s let me make strange trips, review quieter and more ambient albums, and also get into some crushingly heavy stuff by way of just bouncing around the internet.

To put it mildly, my recent musical discovery quests have been executed with the grace of a body having been thrown down a mine shaft. I don’t know where I’ll land or what stuff might’ve fallen through the NCS net that I’ll catch but its been great so far. The most recent discoveries have been a vast combination of things, including albums that came out earlier in the year – in quite a few recent cases, in February – that are really worth looking in to. Thus, I found myself at the doorstep of Canada’s melodeath/prog-death hybrid Fallensun and their album The Wake Of The Fall. END_OF_DOCUMENT_TOKEN_TO_BE_REPLACED